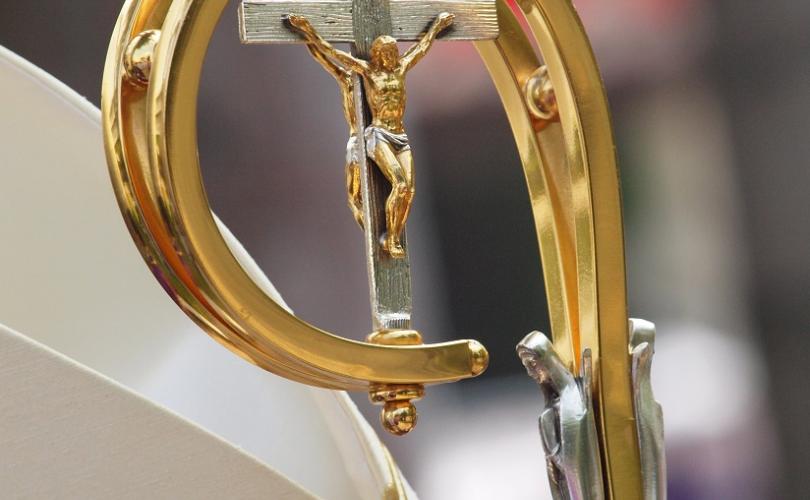 Trust is the foundation for loving relationships and is essential, for example, for the stability and health of marriages.  As I relate regularly in my work as a psychiatrist with married couples, there is benefit in putting the struggle with trust in a spiritual-psychological perspective that goes back to the first human couple, Adam and Eve.

Eve was tempted by the snake not to trust God the Father and she gave into mistrust.  Adam’s major psychological mistake was that of failing to correct his wife and tell her that they would continue to trust the Father and His plan for their lives.

In 1968 another event occurred in the release of Humanae Vitae that resulted in a similar decision, in perhaps the majority of bishops, priests and laity in the world, not to trust in God the Father’s plan for human sexuality and marriage.  The consequences have been disastrous to the sacraments of Holy Orders and, marriage.  Epidemics of narcissism, divorce, out of wedlock births, fatherless youth, sexually transmitted diseases, pornography and the clerical homosexual abuse of adolescent males and seminarians, as well as infidelity to vows quickly followed.

People must know that bishops and priests are totally committed to the fullness of Catholic truth on matters of sexual morality, a truth as essential to the renewal of the priesthood and the episcopate as it is to the renewal of marriage and family life.

This advice was never implemented.

The present international crisis of homosexually aggressive behavior by bishops and priests in the Church makes it abundantly clear that this essential teaching has been rejected by large numbers of priests and religious.  In addition, what is most troubling is that members of the Hierarchy appointed by Pope Francis in the Vatican and in the United States are actively involved in undermining the teaching of the Church on sexual morality, particularly homosexuality and marriage.

Further, it is almost inconceivable to see that these members of the Hierarchy and priesthood are deeply involved in promoting LGBT ideology at the World Meeting of Families and the Synod on Youth.  Their role markedly impairs the ability of laity, who has recently been severely traumatized by the McCarrick, Honduran and Chilean scandals, to trust in the Holy Father and in these meetings.

The importance of teaching the Church’s truth on sexual morality and homosexuality has never been as needed as it is today.  Such teaching is essential to the restoration of trust by the laity in the Hierarchy and the priesthood.

Over thirty years ago a non-Catholic sexual partner of a priest in one diocese identified to the Vicar for Clergy the names of many priests in that diocese who were involved in the homosexual lifestyle. The bishop arranged for the Rev. John Harvey, O.S.F.S., the founder of Courage — the only international program in the Church for those with same-sex attraction that is loyal to Church’s teaching — and me to give two mandatory one-day conferences.

Today, such mandatory conferences are greatly needed for all the hierarchy in the United States, for priests in all dioceses and religious communities, for staffs of bishops’ offices and for seminarians.

Such conferences should also be required of the Hierarchy and staff serving in the Vatican.