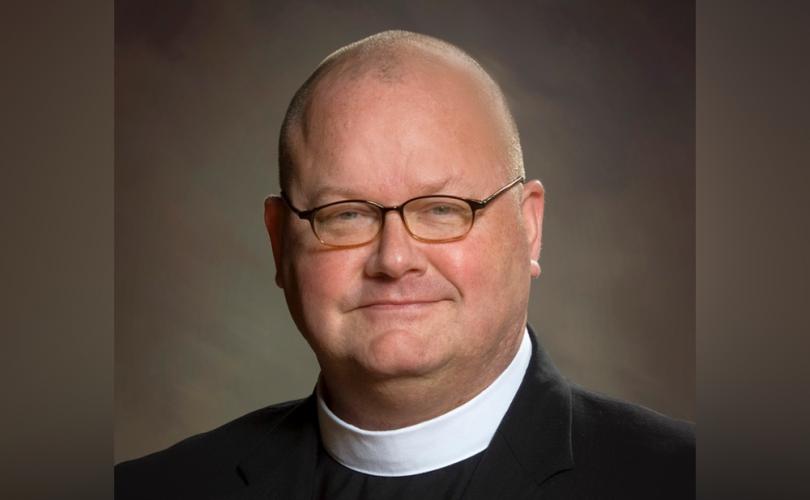 A U.S. parish priest was planning to celebrate the 50th anniversary of Humanae Vitae on the weekend by preaching on the great encyclical, but then the scandal of ex-Cardinal McCarrick made him change his plan.

So instead Fr. Jay Scott Newman gave a must-hear homily blasting priests and bishops who have rejected Humanae Vitae, both by teaching false doctrine and through their own “evil conduct.”

“The treason of Cardinal Theodore McCarrick is a damnable abomination,” he said, “but while McCarrick’s sins are appalling, they are merely the crimes of one man…. Worse … is the systemic corruption of priests and bishops who do not believe what the Church teaches but continue to preach anyway.”

McCarrick was recently removed from public ministry over a credible allegation he molested an altar boy 50 years ago. Whistleblowers and victims have come forward to describe McCarrick’s predatory behavior and the disregard they received from Church officials when reporting it. Pope Francis accepted McCarrick’s resignation from the College of Cardinals this weekend.

Newman described how, after promising at their ordinations to teach the Gospel as it has been revealed by God and is communicated by the Church, corrupt priests behave rather differently.

“…With a wink and a nudge they encourage cynical disregard for the revealed truth of God’s eternal Word,” Newman continued, “and create a new religion of their own devising, a faith that will not disturb the indulgence of their ambition and lust, and which encourages the people of God to disregard the solemn and sacred truths about love, marriage, sex, and the gift of children.”

Newman reflected that, in all the craziness of 1968, the only reason the media was interested in Humanae Vitae was that many Catholic priest and theologians rejected it, sometimes not even stopping to read it before writing screeds against it.

“Revolution had come, not just to our universities and city streets, but to the Church,” he said. “And the content of Pope Paul’s letter was lost in the storm which was unleashed by the spectacle of priests telling their people to disregard the solemn teaching of the Church, too often with the silent consent of their bishops.”