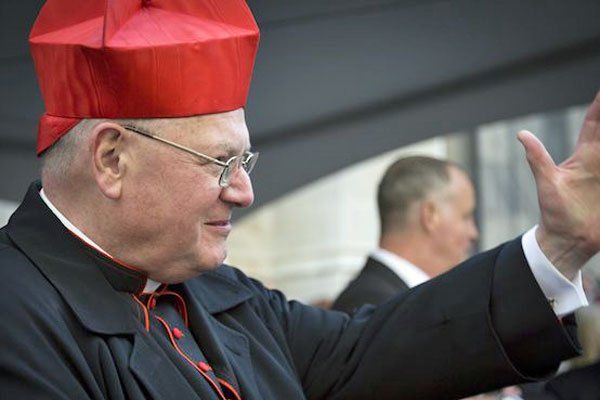 The bishops cannot fix the problem because the bishops, and the system that produces them, are at the heart of the problem.

You might have missed this update to a blog I put up last night. Phil Lawler, who is, as ever, a must-read on the scandal, unearthed it and posted it yesterday. It’s a 2003 exchange PBS religion reporter Kim Lawton had with Cardinal Timothy Dolan (then just an archbishop) of New York, in which he offered her assurances that the scandal was in the past:

Lawton: Some groups fear the bishops’ energy and commitment may fade.

They won’t collapse, however. They just spent the past decade and a half covering up for themselves, and refusing to hold themselves accountable. At the time Dolan made that statement, Cardinal McCarrick, that dirty old man, was holding himself out as a leading voice of compassion and reform. Around that time, a bishop friend said to me, with what I took (and still take) as genuine puzzlement: “If you don’t trust the bishops to fix this, why are you still Catholic?”

Three years from first hearing that question, I wasn’t anymore. No need to go through that again here in detail, but I bring it up to say to you Catholics who are undergoing a crisis of faith right now: I get it. I have been there.

The only advice I can offer you, as someone whose faith did not survive the crisis, is this: get help, and get help now. For me, I absolutely hated hearing from well-meaning fellow Catholics back then some version of, “Well, the sins of the clergy do not deny the teachings of the Church.” As a matter of theology and logic, that is true. I believed that then, and I believe that now.