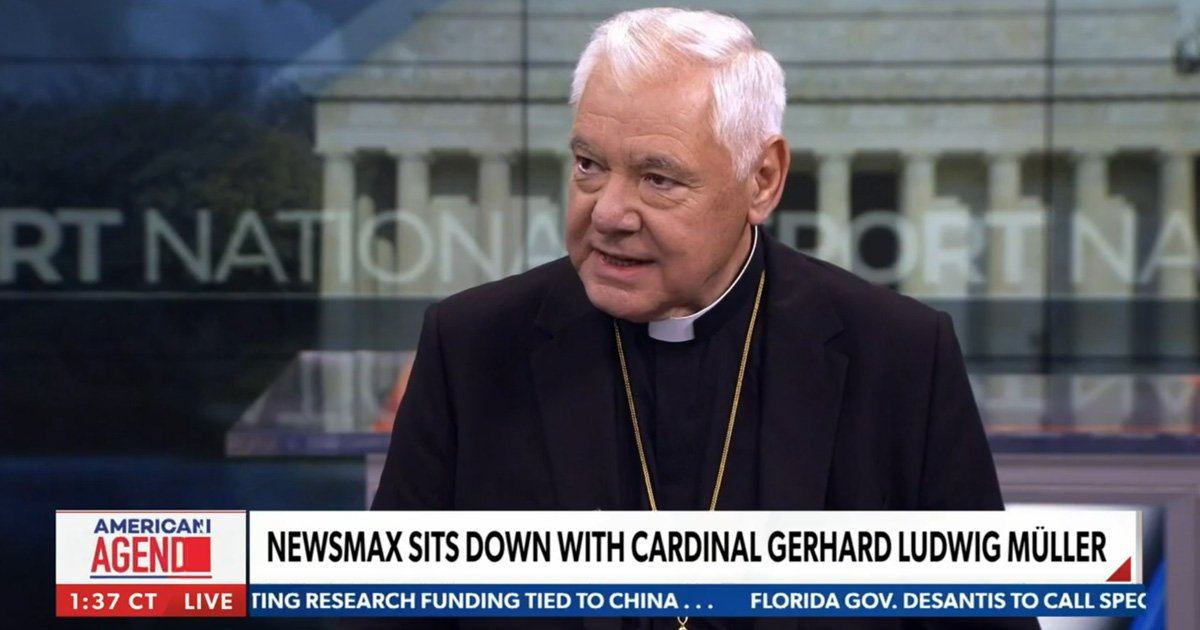 Christians should be allowed to follow their conscience and opt out of vaccine mandates, especially in cases where aborted fetal tissue may have been part of the cell line used to develop the vaccine, key Vatican Cardinal Gerhard Ludwig Mueller told Newsmax.

Mueller, originally of Germany, is currently in the United States. He answered questions on a variety of topics on ”American Agenda” on Thursday.

Pope Francis has said it is permissible for Catholics to receive the COVID-19 vaccine. In fact, he has urged people to get vaccinated as an ”act of love.”

But some Catholics have sought religious exemptions from vaccine mandates on the grounds that they were developed with the use of cell lines obtained from aborted fetuses.

“In this case, I think it is the personal opinion of the pope, but not a doctrine of the church, that everybody must vaccinate,” Mueller said.

While acknowledging that he is no expert on the use of fetal cell lines in the vaccines. But but if products of abortion are involved, he said, “everybody must be allowed to act according to his conscience.”