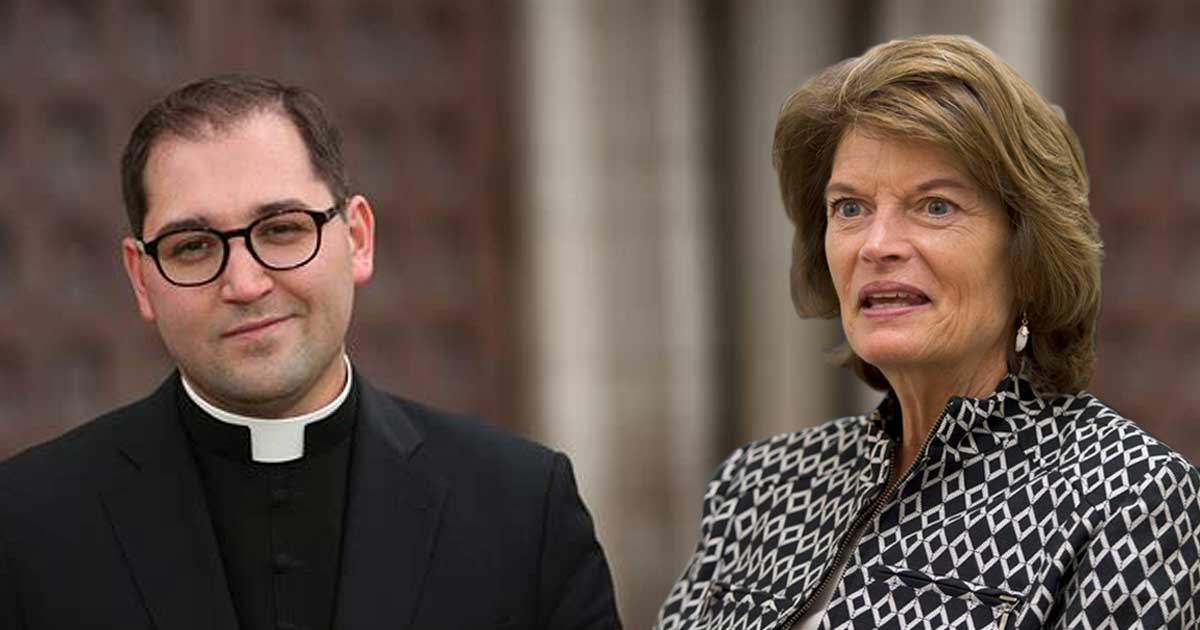 A Catholic priest was punished in late 2019 for denying liberal Republican Sen. Lisa Murkowski of Alaska Holy Communion over her support of legal abortion, an Alaska radio host has revealed.

KENI morning host Dan Fagan wrote that, early last week, he received a call from a man claiming that a priest had denied Murkowski Communion, and that as punishment the Archdiocese of Anchorage transferred him to a different church in a much smaller community.

Fagan said that the Anchorage Archdiocese, Our Lady of Perpetual Help Catholic Church in Soldotna, and Murkowski’s D.C. office all refused multiple requests for comment, so he published a clip of the call online, and “that’s when the flood gates opened. It turns out the incident in question not only happened, but it was common knowledge among many Anchorage Catholics.”

Citing “reliable sources who asked to remain anonymous,” Fagan said that in December 2019, Fr. Robert Whitney was saying Mass as a visiting priest in Our Lady of the Snows in Girdwood, which Murkowski attended. When the senator approached him to receive Communion, Whitney “instead said a blessing over the senator. Murkowski did not make a scene and went back to her seat.”

TAKE ACTION: Send a message to Fr. Whitney thanking him for taking a stand to defend the sanctity of the most Holy Eucharist.