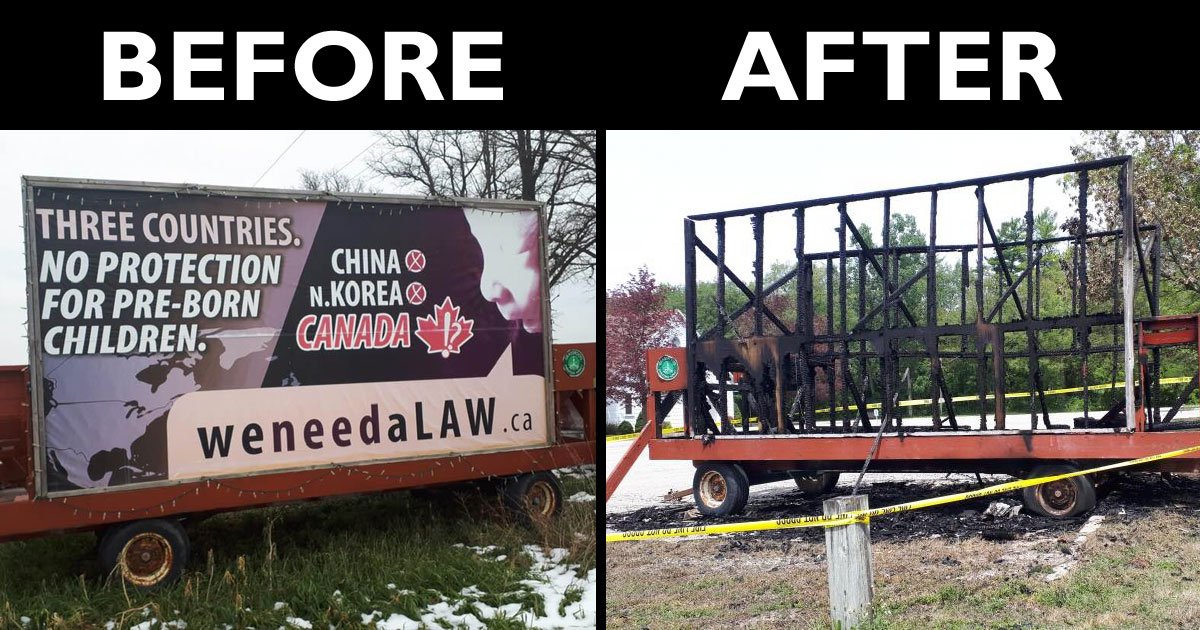 A pro-life billboard with a picture of a preborn baby was recently vandalized after being displayed at a Catholic church in Lambton, Ontario. A security camera showed a darkly dressed figure douse the larger-than-life billboard with gasoline and then burn it.

Lambton Right to Life, a local pro-life organization, created the billboard, which compared Canada to North Korea and China in having no legal protection for preborn babies.

“No protection for preborn children,” the sign read. The other side of the sign promoted abstinence as a “Wise Choice” to prevent STIs, abortions, and regrets. The sign, mounted on a large wagon, had been circulating in Lambton for a couple of years.