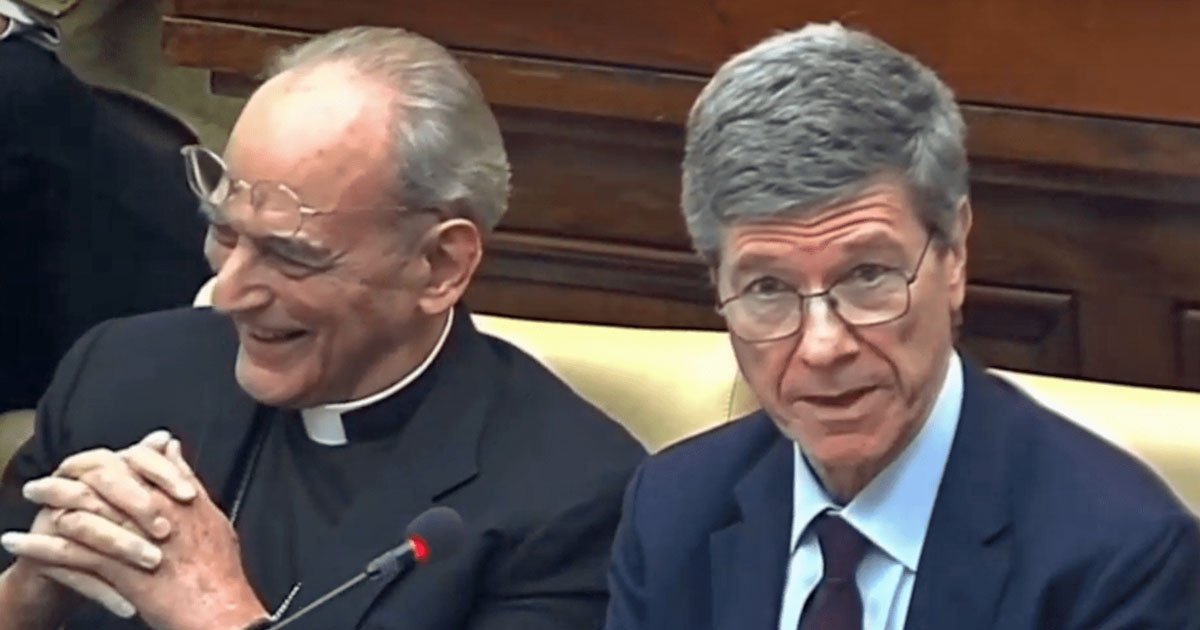 Nesting at the Vatican these days is an astonishing collection of leftists, all of whom recite from the same left-wing catechism as Pope Francis. The Vatican has become the favorite European salon of the George Soros crowd. To say that the Vatican is under enemy occupation sounds hyperbolic but it is not. A steady stream of pro-abortion pols and intellectuals pass through the Vatican every week — from Bernie Sanders to Paul Ehrlich to Jerry Brown to Bill de Blasio to Jeffrey Sachs.

This last week Sachs was at the Vatican pontificating about the evil of Donald Trump’s America while sitting next to Bishop Marcelo Sánchez Sorondo, chancellor of the Pontifical Academy of Sciences. Sorondo cheered Sachs on as he ripped into America as a force of “thuggery” in the world. (Sorondo has a low opinion of America but an exceedingly high one of communist China, which he considers “the best implementer of Catholic social doctrine” in the world today.)

Sachs, no doubt speaking for many Vatican officials, said that Donald Trump’s reelection would be “absolutely dangerous” for the world. Sachs is a supporter of Bernie Sanders, who was, notably, the only presidential candidate invited to the Vatican in 2016.