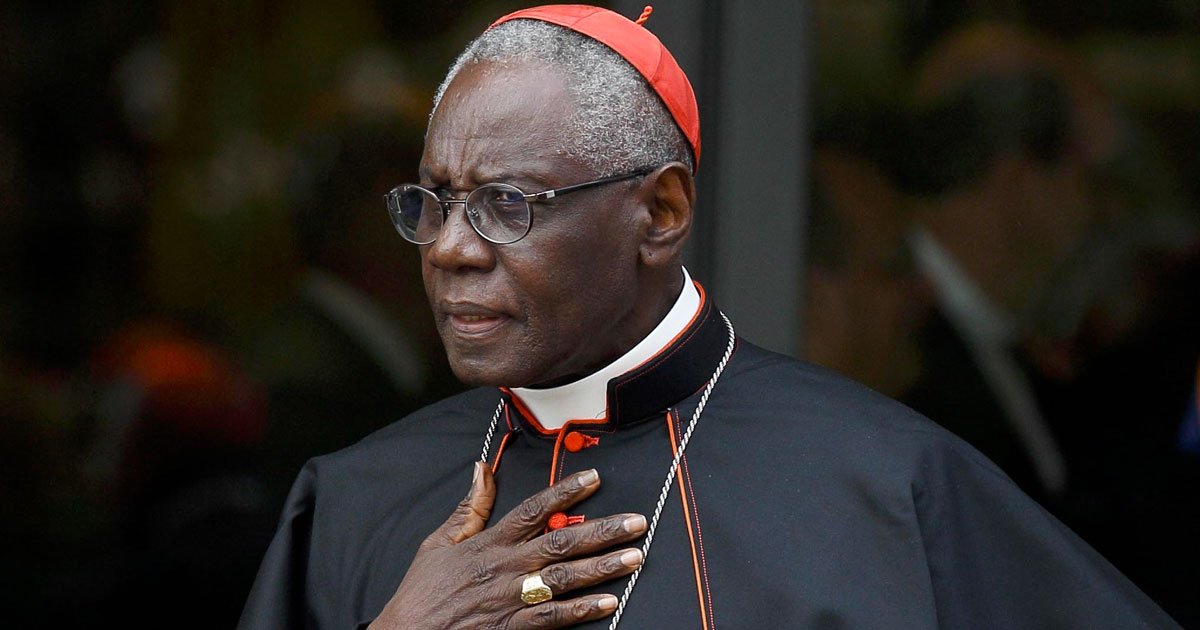 Cardinal Robert Sarah has made a further impassioned plea not to weaken the mandatory celibacy rule for priests, saying it would be a catastrophe that would amount to an “attack on the Church and her mystery.”

In an exclusive Feb. 7 interview with the Register in advance of the publication later this month of the English edition of From the Depths of Our Hearts: Priesthood, Celibacy and the Crisis of the Catholic Church, his new book on the priesthood with Pope Emeritus Benedict XVI, the Guinean cardinal explains why he and Benedict wrote the book — namely to warn that separating celibacy from the priesthood, even just as an exception, would remove the priest’s imitation of Christ as spouse of the Church and turn her into a “mere human institution.”

And, in advance of next Wednesday’s release of Pope Francis’ post-apostolic exhortation on the Pan-Amazon synod, Cardinal Sarah, the prefect of the Congregation for Divine Worship and the Discipline of the Sacraments, also explains how the exception proposed at the synod is different to previous exceptions and the situation with the Eastern Churches, and he notes that even when there were married priests in the early Church, they lived chaste lives.