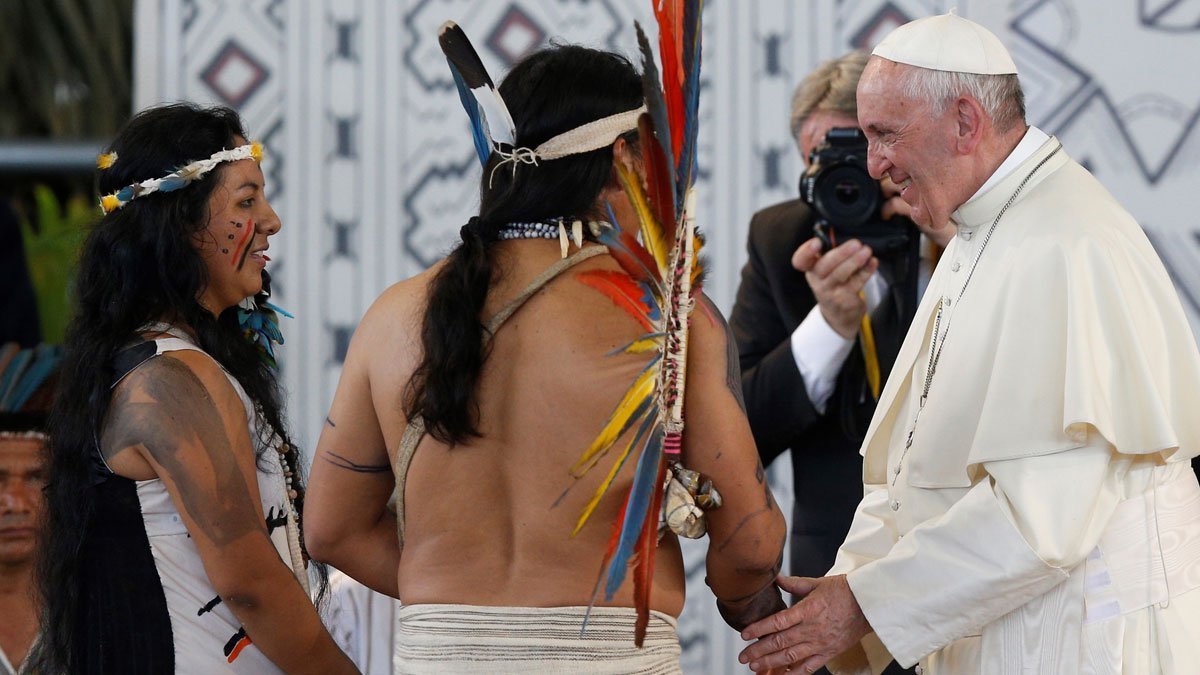 The Amazon Synod has convened. The game is on. It is a cheap confidence game, one that only a debased Vatican could summon. The comedy of hierarchs endorsing middlebrow eco-religion is outdone entirely by the tragedy of it.

Non-Catholics have good reason to pay attention to the month-long Synod of Bishops for the Amazon region just begun in Rome. An appointed advisory body, it was created to address a two-fold agenda: theologically significant issues (i.e., priestly celibacy) alongside facile environmentalist dogma. It is this second, more covert, ideological stance with far-ranging ramifications that concerns everyone.

Catholic media will have much to say over days and weeks to come about proceedings. Charges of heresy and apostasy will run parallel to high-sounding appeals to social justice and what the Instrumentum laboris calls “prophetic proclamation.” Proceedings will be combed, parsed, X-rayed from all angles. All except one: the fundamental dishonesty and intellectual poverty of the entire enterprise.

Read more at The Federalist