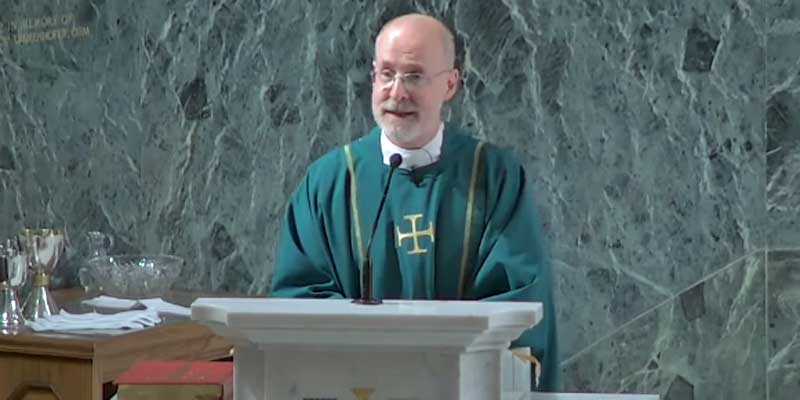 In advance of one of the world’s largest homosexual “Pride” parades, Fr. James Martin, SJ celebrated a pre-parade Mass during which he told “LGBT Catholics” to be hopeful because Pope Francis has “LGBT friends” and has “appointed many LGBT-supportive cardinals, archbishops, and bishops.”

Fr. Martin is a consultor to the Vatican’s communications office who campaigns for greater acceptance of homosexuality within the Catholic Church. The Jesuit offered the “Pre-Pride Mass” at St. Francis of Assisi parish in New York City, known for its “LGBT ministry” that flouts Church teaching on sexuality, on the evening of June 29. One of the leaders of this “ministry” has fundraised for Planned Parenthood.

Martin said that “LGBT Catholics” should be “tough” in response to criticisms about LGBT ideology. Offering a gloss on the words of Jesus Christ in the Gospel of St. Luke, Martin sought to expand on the definition of Christian discipleship. Calling on homosexual and transgender-identifying Catholics to “be tough,” he said that recent years have seen “many positive steps for LGBT Catholics.”

TAKE ACTION: Contact Cardinal Dolan at 212-371-1000 and let him know what you think of his failure to respond to Fr. James Martin’s heretical homily.