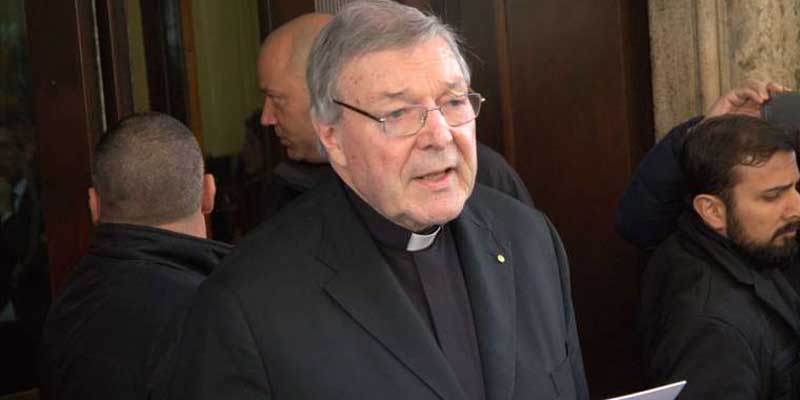 Following the conviction of Cardinal George Pell in the Australian state of Victoria last week, new details have emerged about the nature of the crimes for which he has been found guilty.

A sweeping court injunction prevents the nature of the accusations, the progress of the case, or the even the result of the trial from being discussed by the media in Australia.

Despite the gag order, CNA has spoken to several individuals who attended Pell’s trial in person, as well as others present for pre-trial hearings in early 2018.

During the March preliminary hearings, the defense petitioned for the allegations against Pell to be heard in two separate trials, the first concerning the accusations of the Melbourne choristers, and the second related to allegations from Pell’s time as a priest in Ballarat. Other charges Pell faced were dropped during the pre-trial committal hearings.

Sources say that five counts of sexual abuse were allegedly committed by Pell against the two choristers immediately following a 10:30 a.m. Sunday Mass in Melbourne’s cathedral. Pell is accused of abusing both choir members in the same incident.

Only one of the alleged victims was present in court to give evidence against Pell. The other alleged victim, according a 2017 report from The Australian newspaper The Age, died of a drug overdose in 2014.

Before his death, the deceased man reportedly told his mother at least twice that he had not been a victim of sexual abuse. The other former choir member reportedly told the deceased man’s mother only after the man died that both had been abused by Pell, The Age reported, citing a 2017 book on Pell by journalist Louise Milligan.