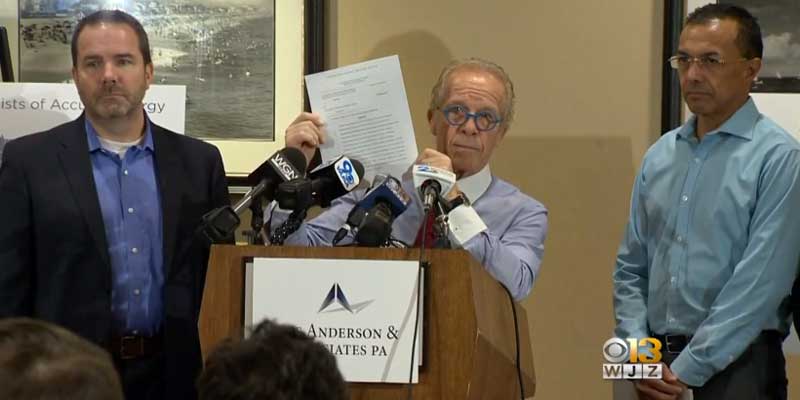 The Catholic church’s secrets could become public information if a federal lawsuit succeeds.

A federal lawsuit is asking the court to order Catholic leaders to name predator priests nationwide.

The lawsuit was filed in Minnesota on Tuesday, coinciding with the annual bishops meeting that’s currently gathering in Harbor East.

The lawsuit asks the court to release the names of all the priests in their dioceses accused of sex abuse.

Attorneys say in 120 of 197 dioceses, the lists are incomplete- or nonexistent.

“The danger is real, and the danger is imminent. The truth, as they know it to be, is hidden,” said Jeff Anderson, attorney.

The lawsuit lists six defendants, all survivors of sex abuse.

McLean said they are trying to do that by forcing the church to not only name accused priests but give the details of their past sins, and reveal church leaders who may have covered up the crimes.