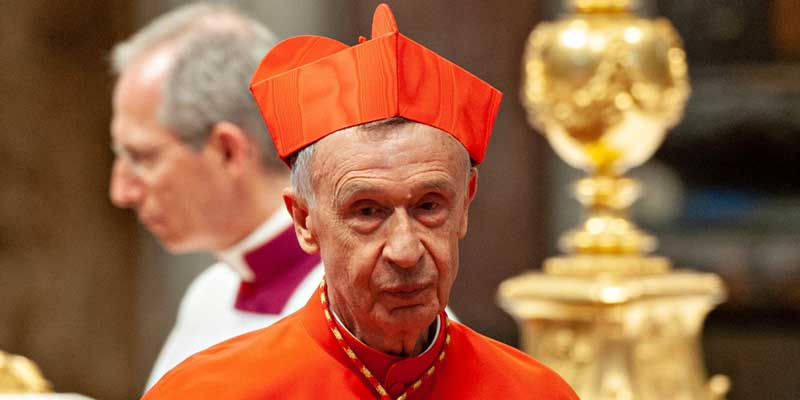 A Vatican tribunal has ruled against transmitting a summons to the Congregation for the Doctrine of the Faith prefect Cardinal Luis Ladaria Ferrer to appear before a French court.

The Holy See sent a diplomatic note to the French Ministry of Foreign Affairs on Sept. 17 confirming its refusal to notify Cardinal Ladaria of a summons to appear in a French court over the Cardinal Barbarin affair.

Cardinal Philippe Barbarin of Lyon and other diocesan leaders have been accused of having failed to make a police report concerning the pedophile priest, Father Bernard Preynat.

The victims, now in their 30s and 40s, claimed that Father Preynat sexually abused them when they were boy scouts aged between 7 and 12 in the Lyon region between 1986 and 1991.

Although prosecutors dropped the case in 2016, Father Preynat’s victims summoned the Lyon archbishop in a private prosecution.

In a search of the offices of the Archdiocese of Lyon, investigators found a letter from Ladaria, who was then secretary of the Congregation for the Doctrine of the Faith, advising Barbarin to take “appropriate disciplinary measures” against Preynat “while avoiding public scandal.”

In canon law “avoiding scandal” technically means “not providing another person with an occasion of sin.”

However, lawyers for the plaintiffs argued that the phrase amounted to a warning not to involve the French justice system in the affair. This was the basis of their accusation of complicity against Cardinal Ladaria.