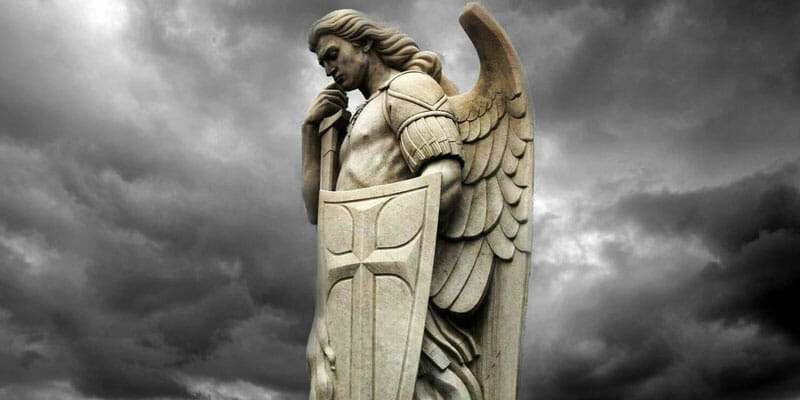 Another bishop has directed his priests to recite the prayer to St. Michael the Archangel after every Mass for the protection of the Church amidst of the abuse crisis.

Archbishop Alexander King Sample of the Archdiocese of Portland sent a letter to his priests last week encouraging them to lead the prayer to Saint Michael the Archangel after all Masses. It was the universal custom of the Latin Church to pray this prayer from 1886 until the liturgical revolution of the late 1960s.

The Archbishop told Catholics in an August letter that the abuse crisis is a “spiritual and moral crisis, even a crisis of faith” that must be combated by “prayer, penance and sacrifice.”

The crisis “is — at its heart — the work of the Evil One. Satan ‘prowls throughout the world, seeking the ruin of souls’ and we must battle against his wickedness and snares. (Prayer to St. Michael the Archangel),” he wrote.

Father Maro Escano of Our Lady of the Mountain Catholic Church in Ashland, Oregon told his parishioners that they would begin to recite the St. Michael prayer on Sunday, September 23.

“We will also pray it after each daily Mass during the week,” he wrote in the online parish bulletin. “This prayer is a powerful weapon against Satan’s snares as we ask for the powerful help of the leader of all the angels and of the army of God, St. Michael the Archangel.”

“Let us not be caught unaware brothers and sisters, we are in a war and in this ongoing battle that we have against Satan and his forces, we the members of the Mystical Body of Christ – the Church – are experiencing a great attack. Let us seek every help that we can get,” Escano said.

In recent weeks, at least four other bishops in the United States have asked their priests to restore the tradition of leading the Prayer to Saint Michael the Archangel. Bishop Robert C. Morlino of Madison, Wisconsin, Bishop Frank Caggiano of Bridgeport, Connecticut, Bishop David Zubik of Pittsburgh, Pennsylvania, and Bishop Rick Stika of Knoxville, Tennessee have also asked their priests to lead the Prayer to St. Michael the Archangel after all Masses from now on.