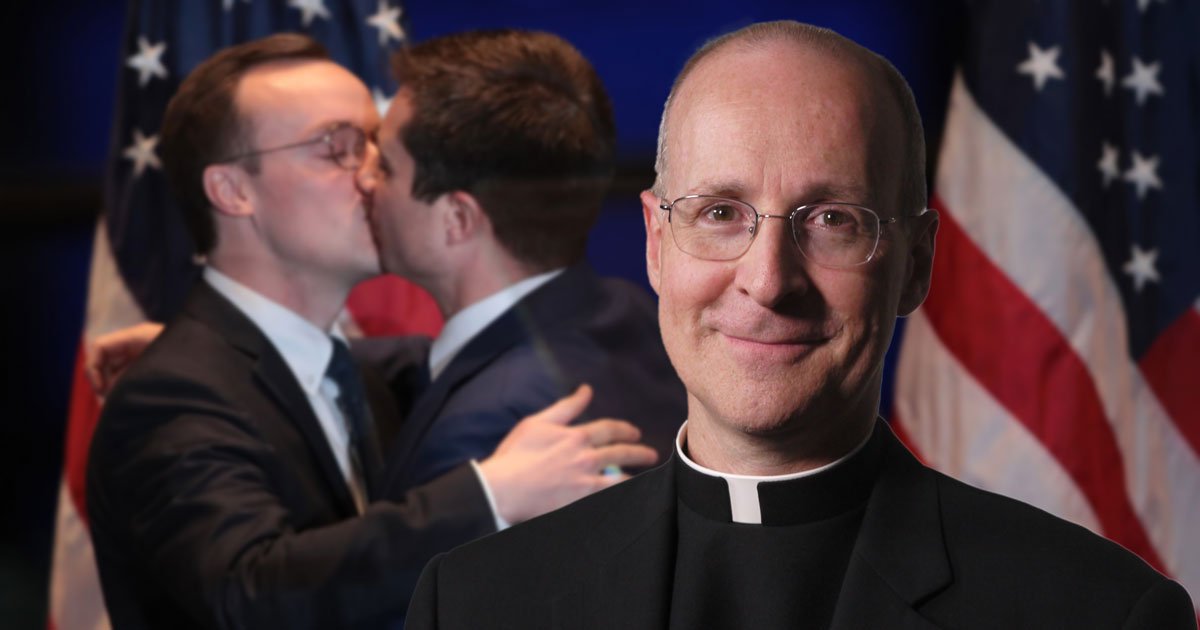 Jesuit Father James Martin, an LGBT advocate, affirmed Saturday his belief that two men can enter into a real marriage that must be recognized as such.

Responding to Bill Donohue, president of the Catholic League for Religious and Civil Rights, who proposed that Pete Buttigieg’s same-sex marriage to his partner Chasten is not a true marriage but rather a “legal fiction,” Father Martin countered that “Pete Buttigieg is married.”

The Catechism of the Catholic Church defines marriage as a covenant “by which a man and a woman form with each other an intimate communion of life and love.”