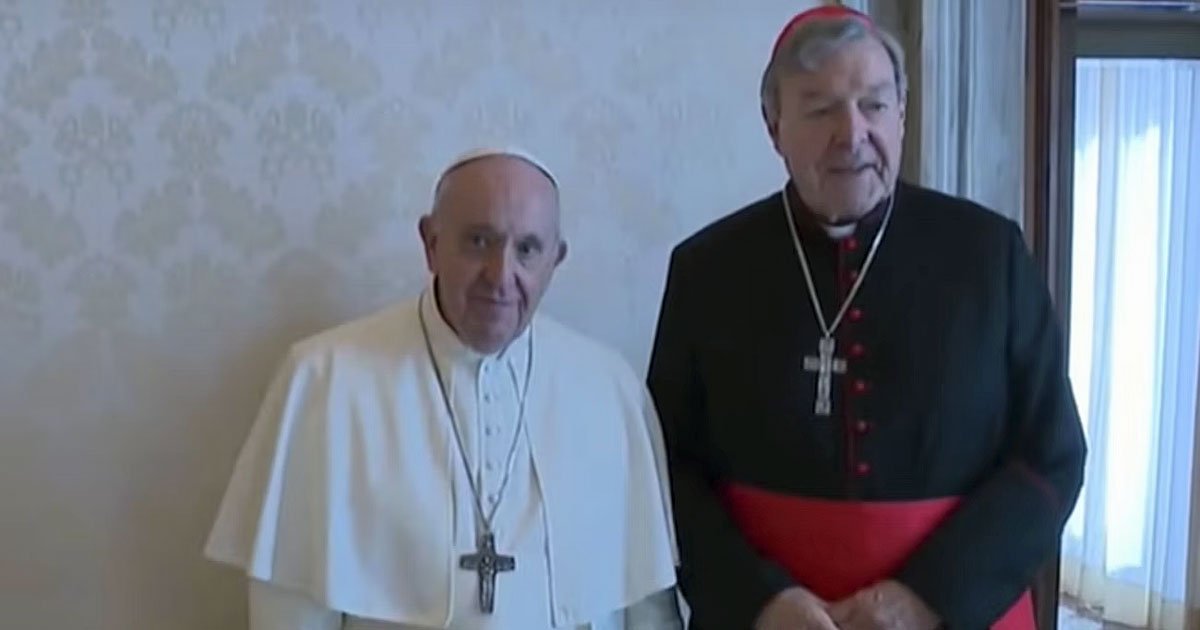 Sometimes it is wise to keep calm and carry on in the face of church problems. For Rome, this is not one of those moments.

That above is Pope Francis meeting with Cardinal George Pell, who died this week. Both men’s names were much talked about at the table last night with three young American Catholics in Budapest for a fun weekend together. The guys are all theological conservatives, well educated and well informed about things going on in their church. Naturally they’re concerned about the situation today. We got to talking about the bombshell “Demos” memo authored secretly by Cardinal Pell, who described the Francis papacy as a “catastrophe.” In the memo, Pell called on the cardinals heading into the eventual conclave that will replace Francis to choose someone who will address several grave problems in the Roman Curia and papacy.

One of the guys at the table las night has Italian ancestry. He told us that his relatives in Rome are sanguine about the whole thing. Their attitude is basically: This city has seen the Church’s fortunes rise and fall over two millennia. It has seen holy popes, wicked popes, mediocre popes, the lot. We aren’t going to get too worked up over the corruption today. This too shall pass.

Sometimes that kind of approach is wise, even courageous. But, as I told my new friends last night, I think it is really dangerous right now, for the Catholic Church. Leaving aside that unaddressed corruption may result in the loss of souls, it is also very risky for the Church itself, in a way that it wouldn’t have been in almost any previous era. Why? I told them the story in Edward J. Watts’s great book The Final Pagan Generation, which is about the transformation of the Roman Empire in the fourth century. Essentially, Watts explains that the pagan elites honestly didn’t see that Christianity was overturning paganism. For them, yes, the Christians were an upstart sect, but no real threat to Rome’s ancestral religion. Rome had been pagan for many centuries, and always would be. Aren’t the temples still open, despite the Christians? People need to calm down about Christianity. This too shall pass.