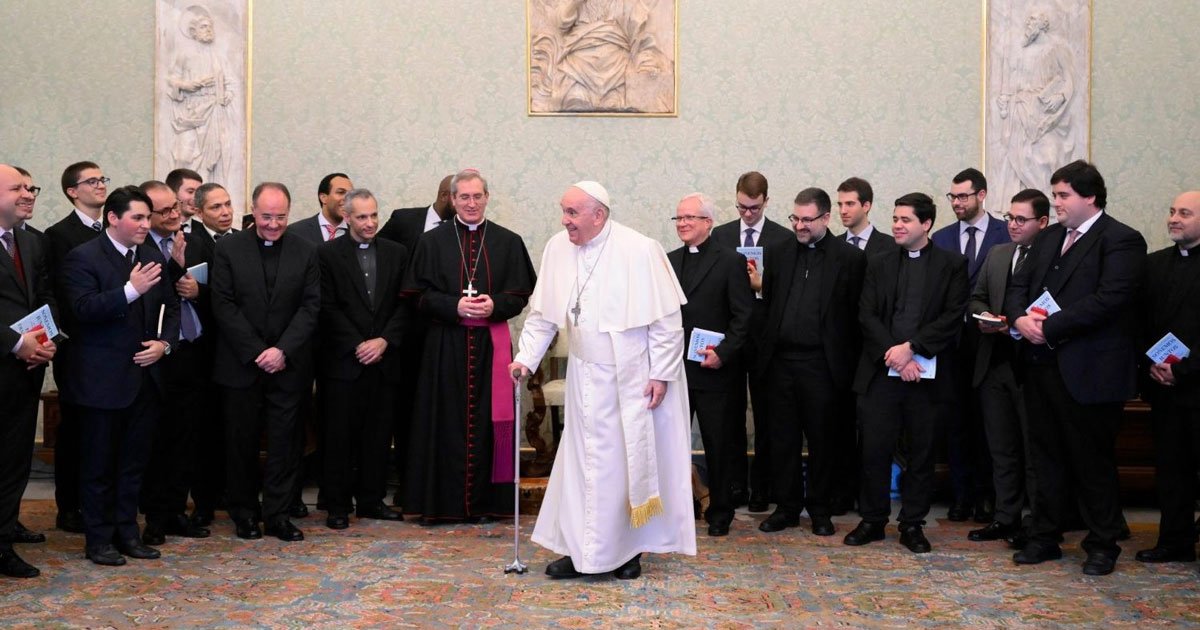 In a sharp departure from Scriptural and Catholic Church teaching, Pope Francis has allegedly advised Spanish seminarians to “forgive all” even when there is no intention to repent.

The Catalan blog Germinans Germinabit originally reported that “according to several seminarians,” on December 10, Pope Francis specially emphasized during their visit to him in Rome that “everything must be forgiven” even if “there is no purpose of amendment,” and “that in no case can absolution be denied,” as this would render the priest guilty of an “unfair and moralistic” judgment.

The remarks defy perennial Catholic Church teaching as defined by the Council of Trent that “contrition,” that is, “sorrow of the soul and the reprobation of the sin committed, accompanied by the intention not to sin again in the future […] has always been necessary to ask for the remission of sins” (Denz. 1676).

The Barcelona-based seminarians reported that Francis said his planned speech for the day, which has been published by the Vatican website, would be “boring,” and that “it would be better if they asked questions directly and he would answer them, according to Germinans Germinabit.