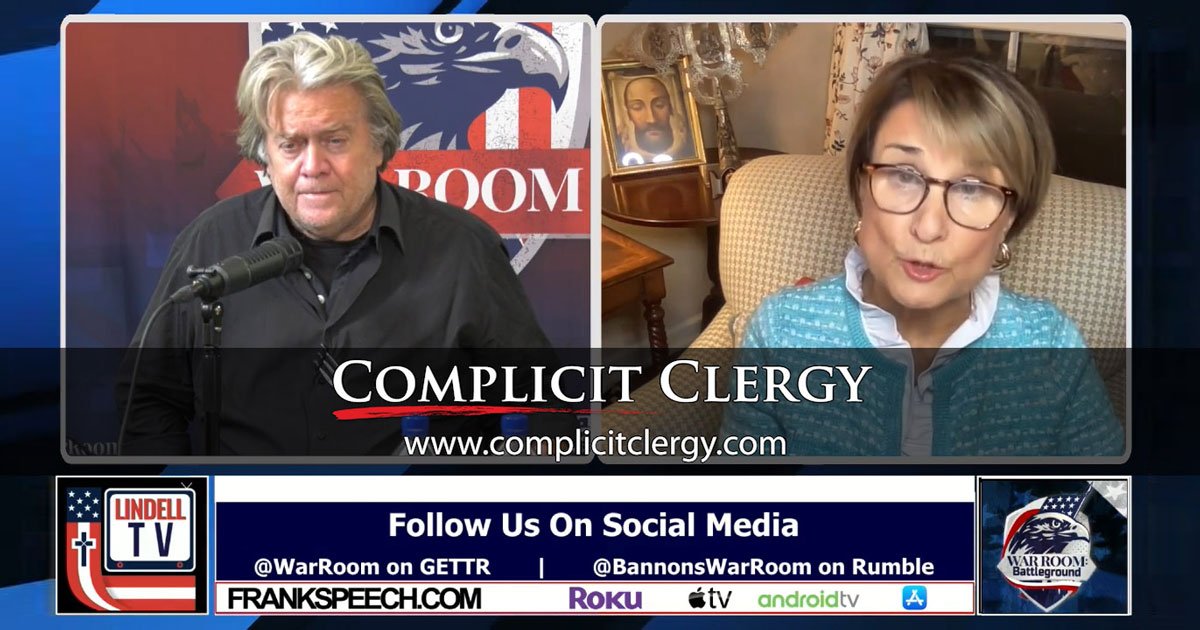 Liz Yore appeared on The War Room on December 9, 2022 to discuss the findings of Complicit Clergy’s recent report on Federal funding of Catholic organizations involved in immigration activities.  Liz Yore has been involved in child advocacy for many years.  She served as Special Counsel to Oprah Winfrey as her child advocate, both at Harpo, Inc., and at the Oprah Winfrey Leadership Academy for Girls in South Africa. Previously, Liz held the position of General Counsel at the Illinois Department of Children and Family Services, where she created the first missing children unit for runway wards, and collaborated with federal law enforcement on human trafficking prosecutions. Elizabeth was the General Counsel and Director of the International Division at the National Center for Missing and Exploited Children in Virginia. She handled domestic and international child abduction cases there.  Learn more about Liz and here work at Yore Children.