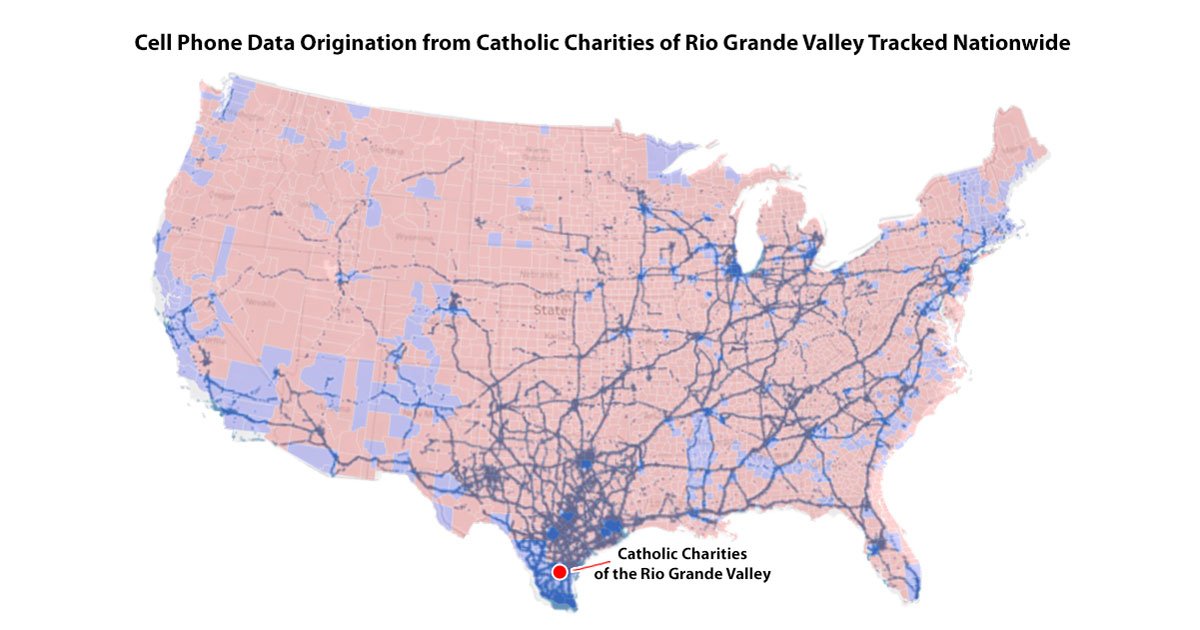 Catholic Charities is one of the organizations specifically singled-out by Heritage in its analysis. In phase four of its investigation, Heritage focused on geofencing Catholic Charities of the Rio Grande Valley, located in San Juan, Texas. Nearly 3,400 unique mobile devices were identified as being on-premises. These devices were later tracked to 433 congressional districts across the nation.

We reported earlier that Catholic Charities is receiving millions of dollars in federal contracts to pay for these relocation efforts. In 2022 alone, Catholic Charities agencies will receive over $56 million in taxpayer funding for immigration-related services.

It has been long suspected that Democrats benefit from illegal immigrants voting in U.S. elections. And studies have shown that illegal aliens are indeed voting in our elections and influencing their results.

Over 5 million illegal aliens have entered the United States under the Biden Administration. It would only take a small percentage of these individuals to illegally vote in specific districts to influence the outcome of an election. According to one report, Donald Trump lost the 2020 presidential election by just 43,000 votes. Should illegal aliens be granted amnesty as is currently being discussed in Congress, we could see a dramatic shift in our electoral politics.

These facts beg the simple question: