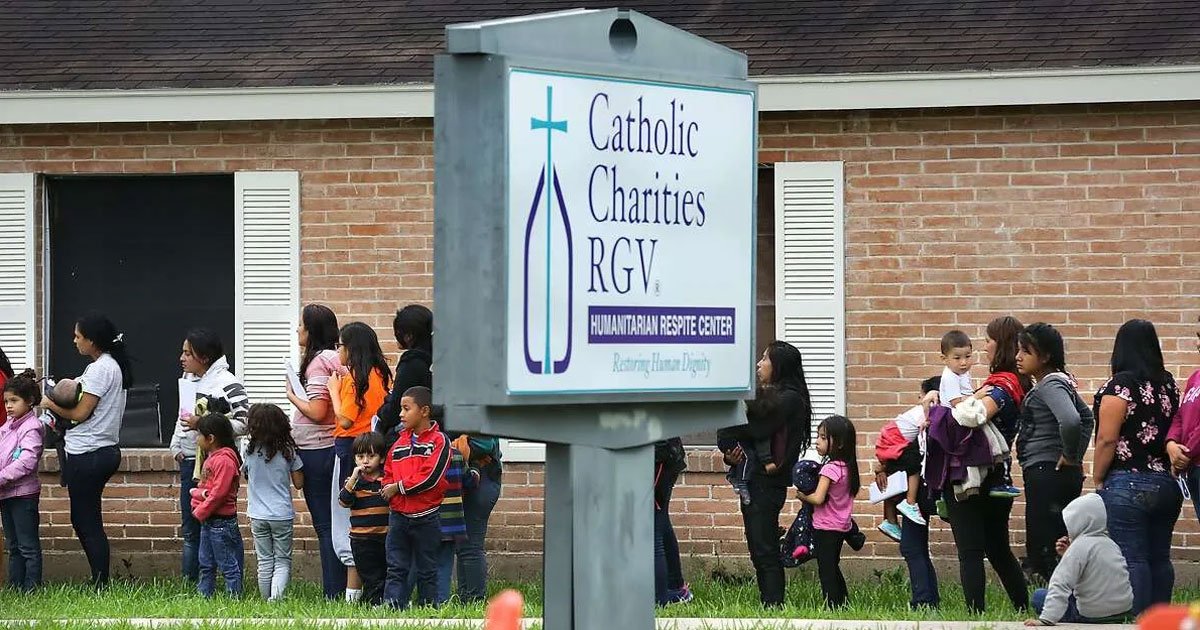 Catholic Charities and other non-governmental organizations are working in concert with the Biden administration to facilitate the worst border crisis in American history, according to an investigation that examined the movement of 30,000 mobile devices in the United States.

The shocking report is a snapshot of the border crisis over the course of just one month and it shows how the mass resettlement of illegal aliens is impacting nearly every congressional district in America.

Using the movement patterns of anonymized cell phones, The Heritage Foundation investigation reveals how tens of thousands of illegal aliens are making their way to the U.S. interior thanks to the aid and comfort of a network of private organizations. (The Daily Signal is the news outlet of Heritage.)

Those non-governmental organizations are numerous and include more than the 30 separate physical locations cited in Heritage’s report. Catholic Charities is the most recognizable name, but other faith-based organizations are represented as well.

“Overflow from Customs and Border Protection is being transferred to these organizations so that Border Patrol avoids overcrowded facilities,” Heritage wrote in a memo announcing the findings. “These organizations apply for, and receive, taxpayer money to provide processing and transportation services and infrastructure to facilitate the migration of illegal aliens into the interior of the country.”

In fiscal year 2022, ending Sept. 30, a record 2.76 million illegal aliens crossed the border, according to U.S. Customs and Border Protection. That number is more than 1 million higher than the previous annual record set in 2021.

Continue reading at the Daily Signal