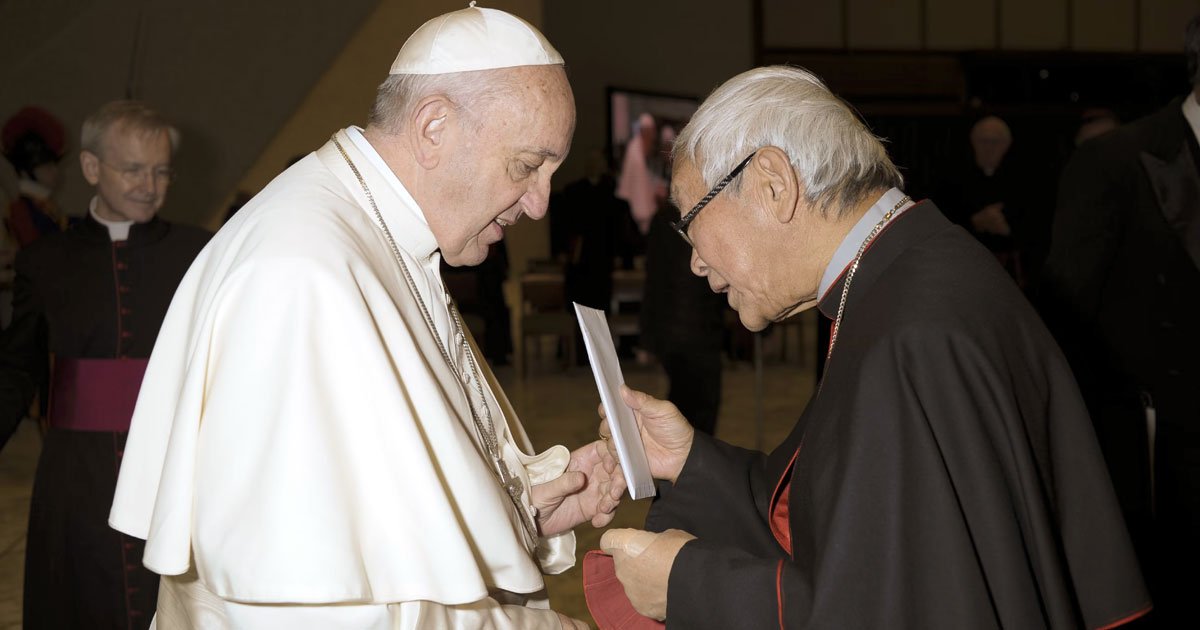 The Vatican accused Beijing of breaching its agreement by ordaining a bishop for a Chinese diocese not approved by the Vatican. Beijing’s action surprised few because many people, including the Catholics in China and Hong Kong, had warned Pope Francis not to forge this ill-advised agreement with Beijing in the first place. Yet Francis refused to listen. Will he now have the grace to apologize to Catholics in China?

The Chinese Communist Party severed China’s diplomatic relations with the Vatican in 1949, and Catholics in China, like all other religious believers, suffered more than three decades of persecution. The CCP shut down churches and compelled many Christians to undergo “re-education” and thought reform, attempting to convert them from believers into atheist socialists. Those who refused to renounce their faith were charged by the People’s Court as foreign imperialist agents and were sentenced to prison and, in some cases, even death.

In the 1980s, as the CCP launched economic reform to rescue its regime, it began to loosen its persecution of Christians, hoping to attract foreign direct investments in China. Since then, Christianity has experienced unstoppable growth in China. Today, the nation boasts more than 100 million Christians (including 10-12 million Catholics), exceeding the 90 million members of the CCP.

The CCP exerts its control of Christians mainly through the government-backed Three-Self Patriotic Movement (TSPM). TSPM promotes loyalty and patriotism to China, and its objective is to “restrict, control and twist Christianity to suit the Communist Party.” For the Catholic branch of TSPM, the organization supports bishops appointed by the CCP and doesn’t recognize the authority of the pope. Most Chinese Christians have rejected the TSPM’s distorted teaching and TSPM-led churches and opted to attend house churches instead. Chinese Catholics who attend house churches continue to pledge allegiance to the pope and the Vatican and do not recognize bishops appointed by the CCP.

Since Xi Jinping came to power in late 2012, he has strengthened the CCP’s control and intensified the persecution of Chinese Christians. In 2018 alone, ChinaAid, a U.S.-based nonprofit organization tracking religious persecution in China, reported that more than 10,000 Protestant churches in China were forced to shut down, and thousands of Christians were arrested that year. Yet it was the same year Francis signed a secret agreement with the CCP, despite strong objections from Catholics in China and Hong Kong. During Rome’s negotiation with Beijing, Hong Kong’s Cardinal Joseph Zen traveled to the Vatican several times. Yet Francis refused to grant Cardinal Zen an audience.

The Vatican has refused to disclose the content of its agreement with the CCP, but some critical terms became evident in the days following. The most significant concession Francis made was to recognize bishops appointed by the CCP and agree to “jointly” select future bishops in China. Such compromise contradicts the church’s teaching as Pope Benedict XVI warned, “the authority of the Pope to appoint bishops is given to the church by its founder Jesus Christ. It is not the property of the Pope, neither can the Pope give it to others.”