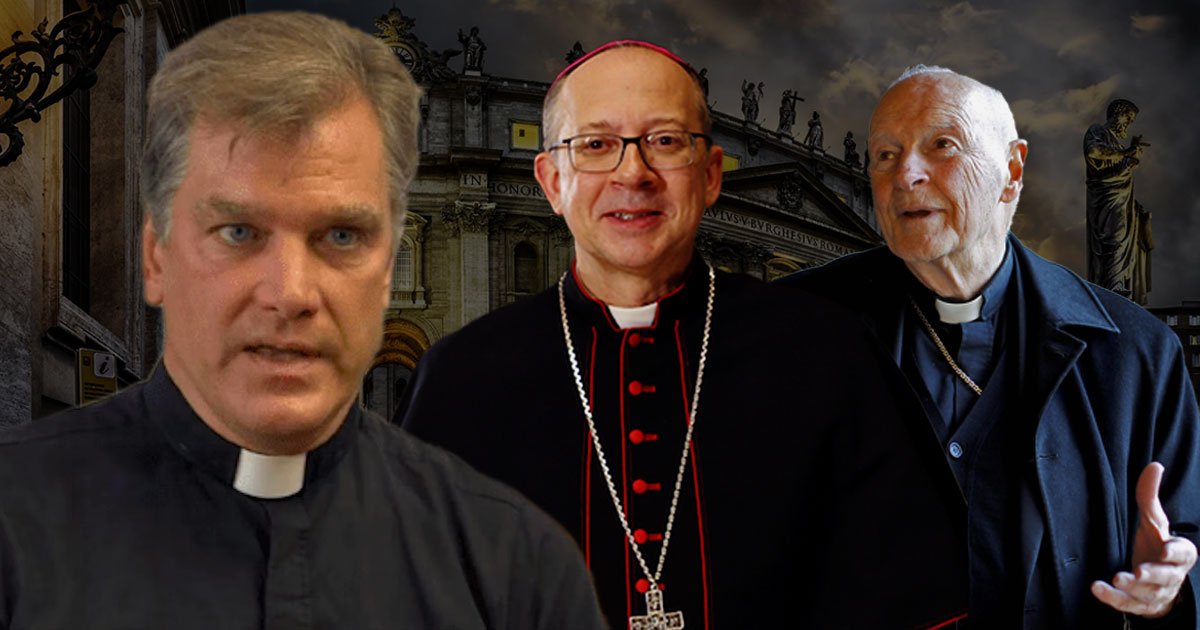 Your recent appointment to the USCCB’s Committee on Protection of Children and Young People has left me hopping mad. The audacity of the US bishops to vote for you — of all people — to chair this important committee!

What credentials do you have to chair this committee? I find not one. As a victim of priest sexual predation myself, I value this committee of our US Bishops office and would like to see a man as chair who has demonstrated a level of competence in combating homosexual predation by clerics.
The year you served from 2003 through 2004 as former Cdl. McCarrick’s personal secretary should have automatically disqualified you from serving as chair. How can a man who worked intimately with the former cardinal, the highest ranking serial-homo- predator in the US, lead the US Church against homosexual predation?

Clerics like you, who have shown a blind eye to sexual predators they worked under, are not fit to lead any reform among our US priests. Yes-men, compromised men, of any sort, are not fit leaders in our Church.

Our Church is in the sorry state it is because too few clerics have spoken-out against the predators within our midst.

My vote, as a lowly priest for the chair of the Committee on Protection, is for a cleric known for combating the homosexual predation of the faithful. A priest, or bishop, known for doing an honest job of routing out predatory clerics, not a man known for giving predators a blind eye, is what we need.

As a second-year seminarian, I came to know the measure of what kind of man McCarrick was within an hour of spending time with him. And you, Bishop Knestout, did not know the true McCarrick after spending a year working as his secretary? 2

In November of 1996, I was requested by Mundelein’s seminary rector Father John Canary to pick up McCarrick at O’Hare Airport in Chicago for Cardinal Bernardin’s Funeral and to transport him to his hotel in downtown Chicago. At the time I was 37, attractive and fit.

By happenstance once I got to O’Hare, the seminarian assigned to pick up Archbishop John Quinn from San Francisco, had some difficulty, so I ended up with the chore of driving two bishops into the city from O’Hare. The hour drive with these two bishops from O’Hare to their hotel downtown proved uneventful, other than the coin toss between the two men to determine who was going to sit in the back seat.

The full measure of who McCarrick was as a man was revealed in the hotel lobby after he checked in. After I passed off his bags to the bell hop, he palmed a couple of 20 dollar bills into my hand and said: “Why don’t you come up to my room with me and have a drink?” To his overture, I responded: “No thanks, I have a long trip back to the seminary tonight.”

From that interchange I knew what type of man McCarrick was, and I made it a point never to say “yes” to another of Fr. Canary’s requests to pick up visiting bishops. They have airport shuttles for such trips.

Limiting the scope of the committee to just address sexual predation of youth misses the mark. There should be no predation of any sort against another person by any cleric. Period.

As a veteran priest, I have counseled many over the years to develop an accurate sense of self-knowledge. At this time, I would counsel you to have a good look at who you are as a man. You have been part of the homosexual predation cover-up. Will you continue to work for the continuation of this evil, or will you work to end it.