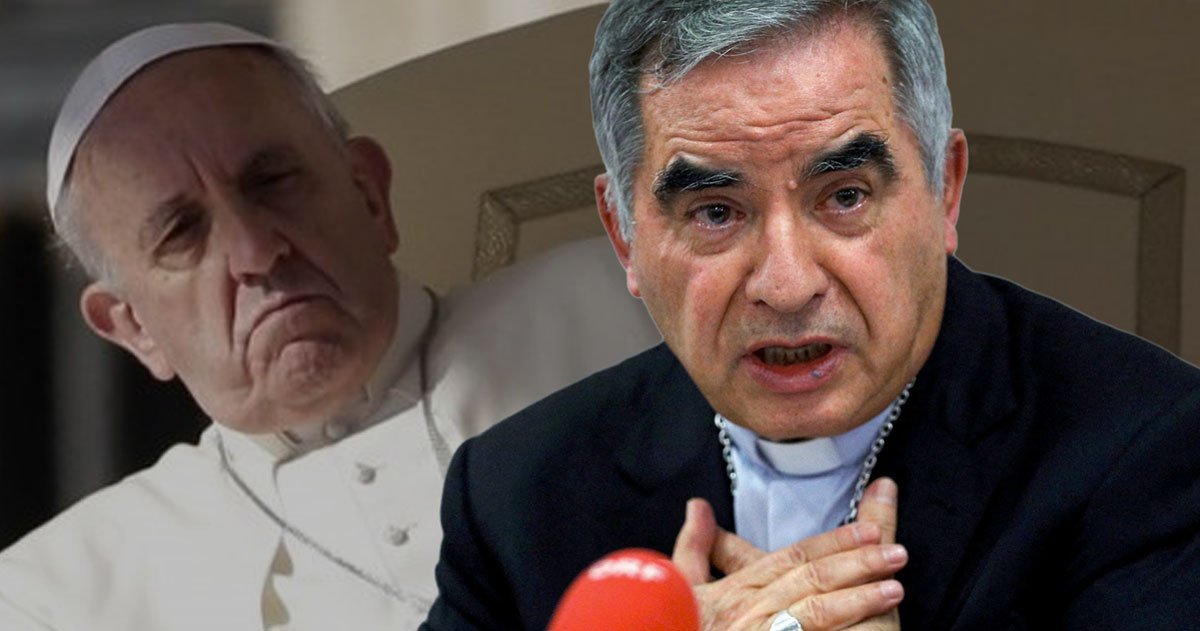 I recently commented on what I found to be some oddities and incongruities in the case of Cardinal Becciu, particularly the behavior and actions of Pope Francis toward Becciu (see What does Cardinal Becciu know about Francis?).  As I note in part in the conclusion of that article:

…the actions of Pope Francis toward Cardinal Becciu seem odd and incongruous when one considers what has been alleged against Becciu going back to 2016. With regard to the more recent allegations of which Becciu is accused; whatever their ultimate merit and the findings of the Tribunal, Francis certainly appears to have accepted there were sufficient grounds to strip Becciu of his curial offices and the benefits attached to him being a Cardinal.

Yet, even having done this — though his hand seemingly was forced by public revelations; curiously, Francis met privately in Becciu’s apartment on Holy Thursday of 2021 before the start of the trial, and then teased the possibility of Becciu’s full restoration as a Cardinal before a consistory in August 2022 while the trial was still in process.

Why didn’t Francis take action against Becciu in 2016 on the basis of supposedly “incontrovertible” proof? Why did Francis discipline Becciu before the trial?  Why did Francis tease the possibility of restoring Becciu before the trial’s completion?  We know Becciu surreptitiously recorded Francis on at least one occasion. Is Becciu in possession of other recordings of conversations with Francis, or of other types of evidence?  Is Francis worried Becciu might reveal something damaging to his papacy, and if so, what?

My article ended about there.  But the very last line I wrote in my article was:

“I suspect we may see more oddities and incongruities emerge in the back and forth between Francis and Becciu before all is said and done in this matter.”

Hah.  We did not have to wait long.  Just now, I read an article wherein it is said that Cardinal Becciu told a family member back in July 2021, just before he taped his conversation with Pope Francis (see here), that “he (Francis) wants me dead” (see here and here).  As reported by ANSA (emphasis added):

Cardinal Angelo Becciu, the highest ranking Vatican cleric to be tried for financial crimes, told his family in a recent chat that Pope Francis wanted him dead, La Repubblica and Corriere della Sera dailies reported online Friday.
“He wants me dead” and “I didn’t think we’d get to this point” were two of the comments reportedly made public by the Vatican’s promoter of justice Wednesday in the trial into alleged mismanagement of Vatican funds including a London property on Sloane Avenue.