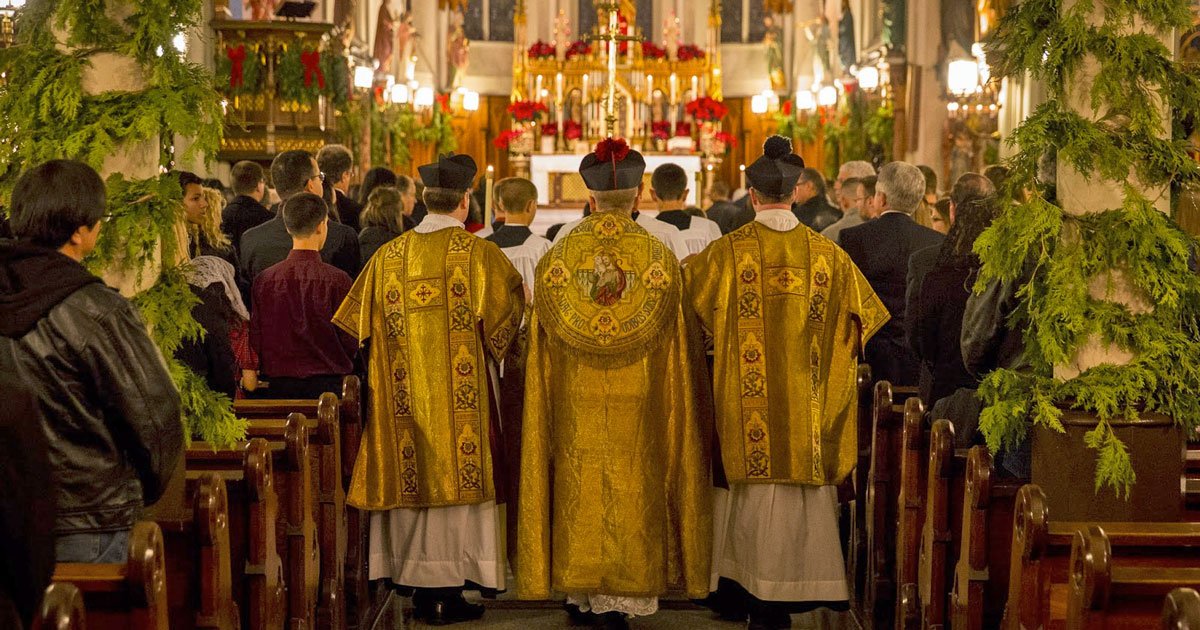 In an era of declining religious faith and dwindling mass attendance, a Catholic church in Detroit boasts a booming congregation.

St Joseph Shrine attributes this success not to a charismatic priest or brilliant social media, but rather its decision to hold daily masses in Latin.

“People find [the new rite] too breezy, too informal, so there is this movement to go back to the older rite,” John Baldovin, a Jesuit priest at Boston College School of Theology and Ministry, said. Younger people seeking out a distinct Catholic identity flocked to Latin masses, he said. “It’s a reaction of many of the young to the chaos of the times.”

However, he said the return to the Latin mass could also be part of a backlash against “the reformed vision of the church itself in Vatican II [in 1962-65]”.

Continue reading at The Times