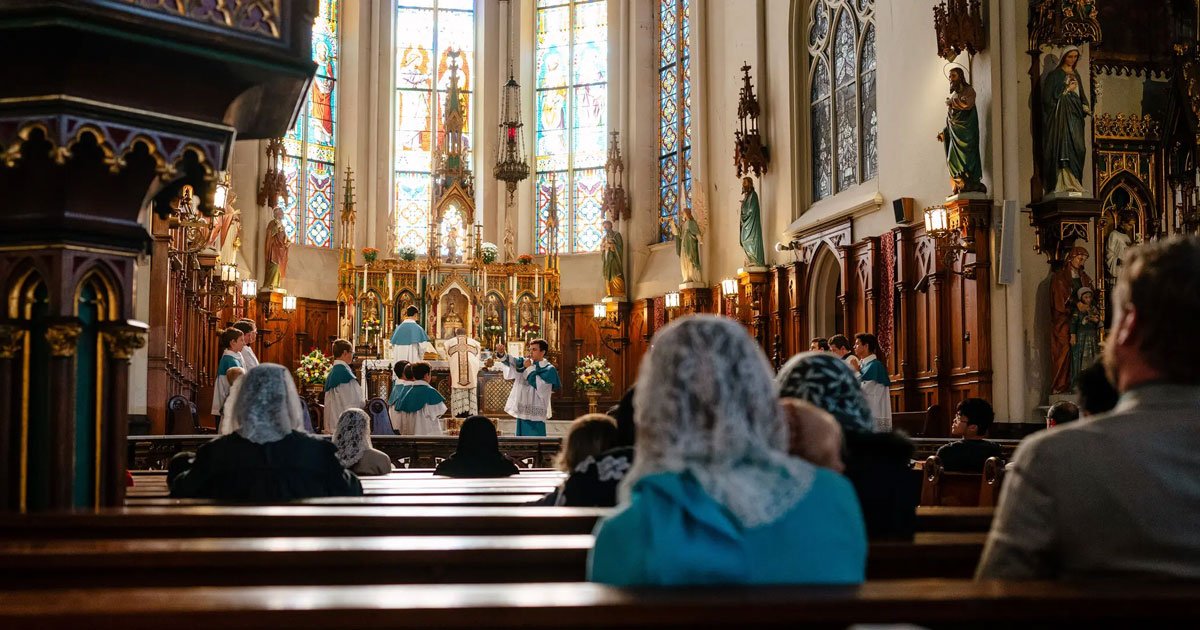 Eric Agustin’s eight children used to call the first day of the week “Party Sunday.” The family would wake up, attend a short morning Mass at a Catholic parish near their house, then head home for lunch and an afternoon of relaxing and watching football.

But this summer, the family made a “big switch,” one of his teenage sons said on a recent Sunday afternoon outside St. Joseph Shrine, the family’s new parish. At St. Joseph, the liturgy is ornate, precisely choreographed and conducted entirely in Latin. The family drives an hour round trip to attend a service that starts at 11 a.m. and can last almost two hours.

The traditional Latin Mass, an ancient form of Catholic worship that Pope Francis has tried to discourage, is instead experiencing a revival in the United States. It appeals to an overlapping mix of aesthetic traditionalists, young families, new converts and critics of Francis. And its resurgence, boosted by the pandemic years, is part of a rising right-wing strain within American Christianity as a whole.