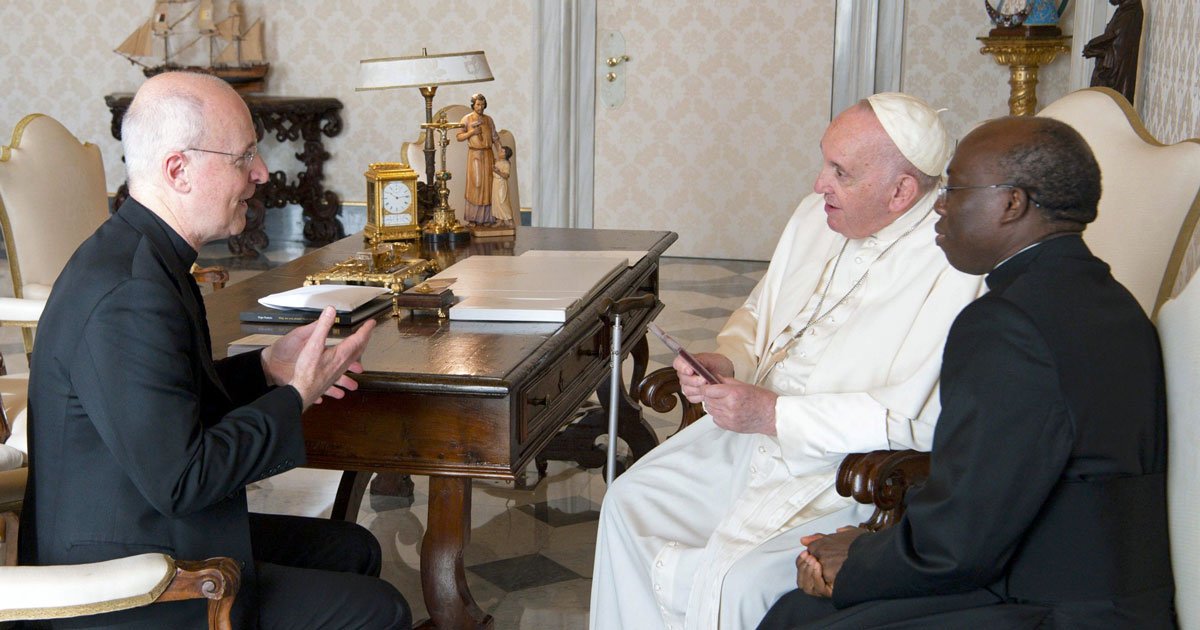 Martin met with the Holy Father on Friday morning after attending the Thursday plenary meeting of the Vatican’s Dicastery for Communication, for which he has served as a consultor since 2017, reportedly speaking with the Pontiff for 45 minutes, during which time the pair covered topics including “the joys and hopes, the griefs and anxieties, of LGBTQ Catholics.”