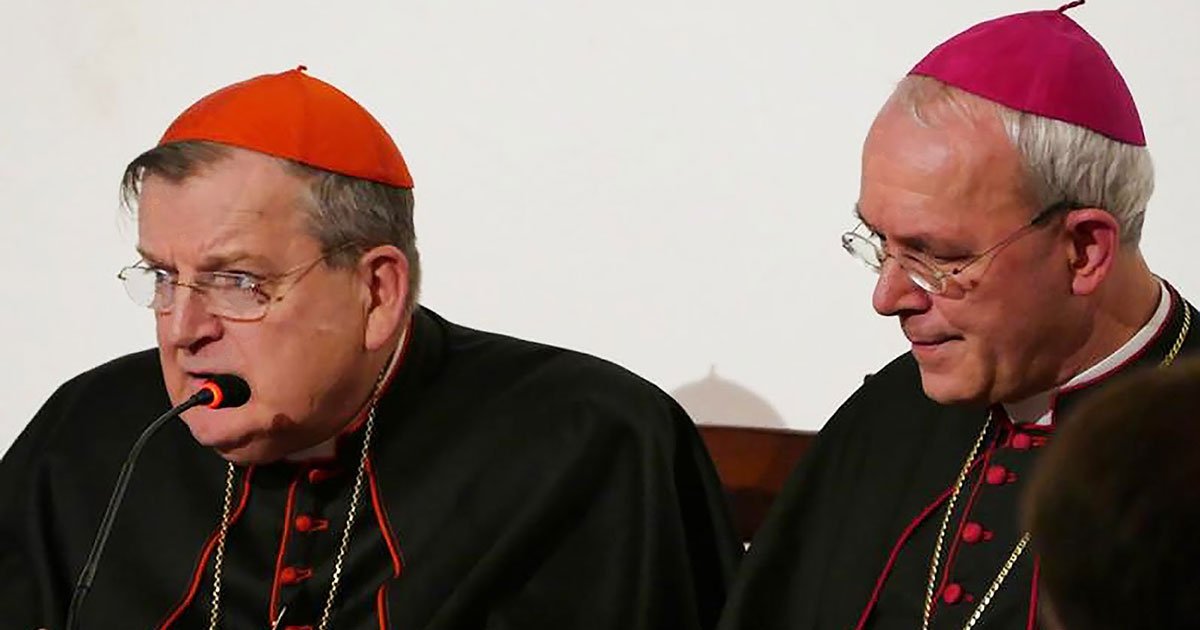 Cardinal Raymond Burke has questioned the basis of papal-led efforts to restrict and eventually eliminate the traditional Latin Mass, while Bishop Athanasius Schneider has said the “millennium-old treasure” cannot be destroyed, as it is the work of the Holy Spirit.

The cardinal and bishop kindly shared their comments as part of a talk I gave the Latin Mass Society in London on Oct. 21.

As concerns deepen over this pontificate’s new restrictions regarding the traditional liturgy, Cardinal Burke said that “to the degree that reason and sound theology prevail, the safeguarding and promotion of the Usus Antiquior [the ancient liturgy in use before the reforms of 1970] will continue.”

The prefect emeritus of the Apostolic Signatura said this is “despite the difficulties and even the persecution” inspired by Traditionis Custodes (Guardians of the Tradition), Pope Francis’ 2021 apostolic letter issued motu proprio (decree) restricting the ancient liturgy, and the Responsa ad Dubia, the guidelines on implementing the decree issued five months later.

But Cardinal Burke stressed that as a “motu proprio,” Traditionis Custodes lacks sufficient force because it has authority only to the degree that it is founded on just grounds. He added that the grounds for the decree, and the letter Pope Francis wrote to bishops which accompanied it, “are not true and just” when taken together, and he gave his reasons.