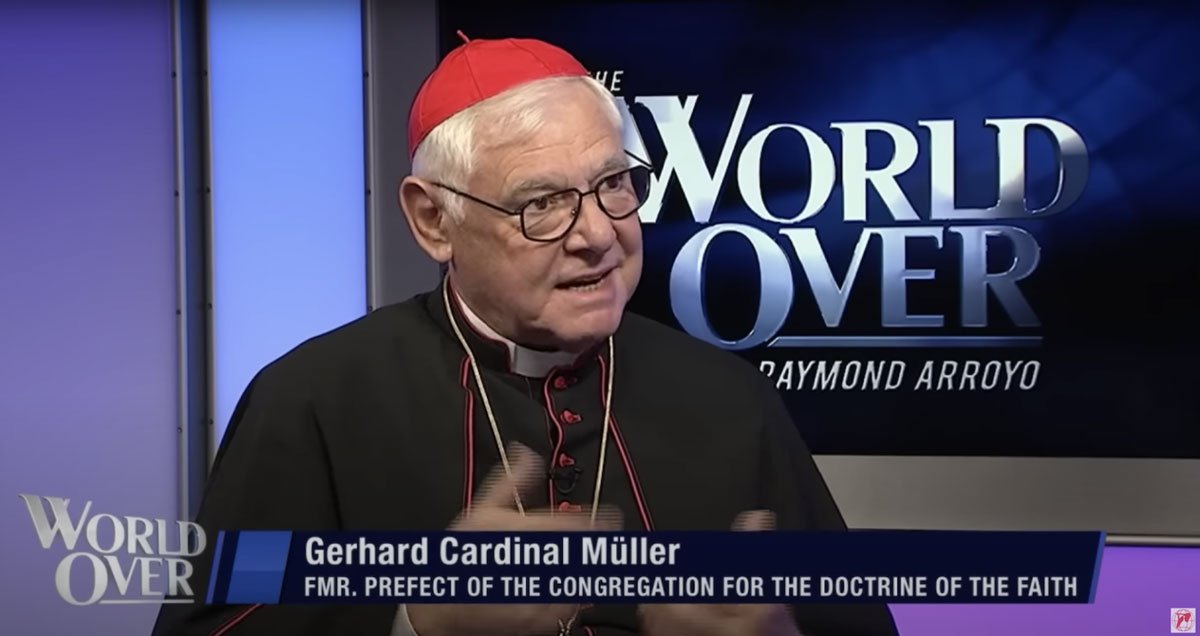 In private conversations, off-the-record interviews, and moments of candor, Catholic journalists have known what German Cardinal Gerhard Müller recently revealed in plain sight when discussing the Synod on Synodality on EWTN’s The World Over television program: Our Lady’s prophecy to Sr. Agnes Sasagawa in her apparition at Akita, Japan, a half-century ago is now an irremovable part of the ecclesial landscape: The work of the devil will infiltrate even into the Church in such a way that one will see cardinals opposing cardinals, bishops against other bishops.

Of course, the first half of Mary’s prophesy has been widely and publicly made manifest (e.g., the McCarrick evil and its sustained concealment, Vatican bank/clergy sex scandals, seminary malformation, et al.); the second half of Mary’s words, however—bishop confronting bishop—are just now emerging, like the budding of a rare and foul-smelling flower. It is becoming evident to many now that for “the work of the devil” to be restrained and brought into the light, episcopal infighting and undisguised public opposition between members of the hierarchy must be fully brought to bear—as Paul took on Peter, and then wrote of it.

Like a holstered Clint Eastwood resisting an outlaw in a sheriff-less town, Müller, the former Prefect of the Congregation for the Doctrine of the Faith, unflinchingly dismissed Maltese Cardinal Mario Grech and his reflections on “God’s ongoing encounter with human beings.” Before a worldwide television audience, host Raymond Arroyo asked Müller to respond to old comments made by Grech, the Secretary General of the Synod on Synodality. Grech has been the face of the Synod’s worldwide “listening sessions.” Among the comments to which Müller responded were Grech’s thoughts on the blessing of same-sex couples.