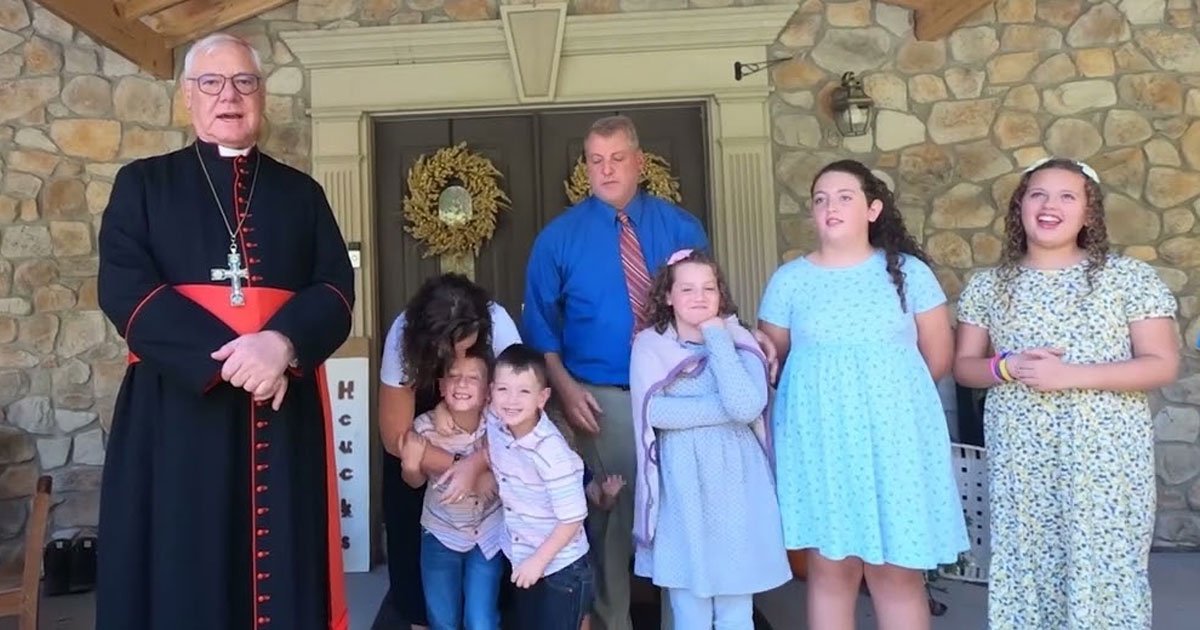 On October 12, German Cardinal Gerhard Mueller, former head of the Congregation of the Faith in the Vatican, visited the family of Mark Houck, whose home was raided by the FBI after an incident at an abortion clinic, which was not prosecuted by local authorities.

Persecution of the good people is always a sign of the beginning of dictatorship and tyranny. We see this in all of the world but especially in the beginning with Herod in the New Testament, but also now with Putin who is persecuting the brave and good Ukrainian people and all the children of the account of his will of power.

But the United States has always had the leadership for democracy and democracy doesn’t work when there is no respect of basic rights of life and personal integrity of your body, and your Liberty. We are citizens of the states and not serfs of some ideological leaders. We have bad experiences with some leaders who reject our own reason.

The administration and government of democratic states have to serve the people and not the other way around. Therefore, I cannot accept the griefs of a peaceful father defending his son, defending the right of life of the babies, is so mistreated. This is not acceptable and this is a scandal. They are making America ridiculous in the eyes of society.

It is our Christian understanding that all life last from the beginning of the baby in the mother’s womb until the last moment of our earthly life and therefore we have to protect the family. As a Cardinal of the Holy Roman Church, I can only condemn these actions against a very good family with seven children made by the federal police. They came with thirty heavily armed men and they broke into the house threatening the children while they were still in their sleep.

And then they made the father in chains as if he was a very heavy criminal only because he was protecting his son against verbal assaults, and protesting against the killing of babies in some filicide factories. And nobody can say this is against the law, because such laws are immoral. This is the duty of everybody: to protect life and nobody has a right to a definition that this life is worthy it to exists, and the other life is not worthy to exist. And we cannot help women with killing of their babies, but to help that they accept the babies, and there’s no future also for America without the next coming generation, and this they also hope nobody can say. We have to protect the planet, every life or each life is more worthy as all the Cosmos as this is our Christian understanding of the existence, and we must speak against this nihilism.

I’ve wondered that this is possible in the United States. Such actions are expected only in Hong Kong of the Chinese Communist police, and then how could it happen in a democratic State where natural law is the basis of the decisions of the American nation? Your nation began with the Declaration of Human Rights that nobody can give another definition which is contrary to describe the basic rights, the right to live, for life, that is the basis and nobody can put it to question.
Please make a tax-deductible donation today to keep us going.

Therefore, as a Catholic bishop and Cardinal, I condemn these actions against the non-armed families, against children, it’s threatening for children, terrorizing them. There’s no reason for this brutal action against this peaceful family.

I think they are making America ridiculous at a time of these killings of people in Ukraine.

What moral authority do we have as the Western Nations when we can’t speak against it, when we are doing the same things that are threatening the children? How is this possible?

I hope that the American government will apologize for this brutal act against humanity. Amen.

Learn more at I Family News