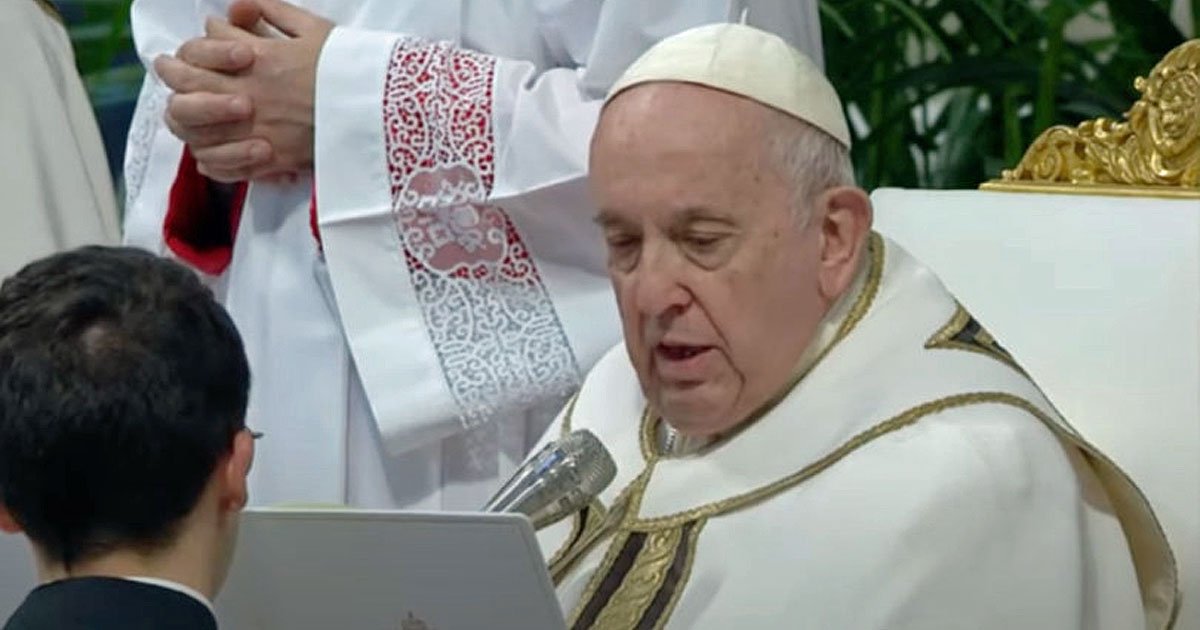 Marking the 60th anniversary of the start of the Second Vatican Council, Pope Francis attacked “traditionalism” as being “evidence … of infidelity” to the Catholic Church.

The Argentinian Pontiff made his remarks in his homily during a Mass in St. Peter’s Basilica on October 10, marking the 60th anniversary of the opening of the ecumenical Second Vatican Council.

Using a passage from St. John’s Gospel – “Do you love me? Feed my sheep” – Francis launched his attack on the traditionalist movement.

Stating that “we are always tempted to start from ourselves rather than from God, to put our own agendas before the Gospel,” he decried those who wished to “retrace our steps.”

“Yet let us be careful,” he said, “both the ‘progressivism’ that lines up behind the world and the ‘traditionalism’ – or ‘looking backwards’ – that longs for a bygone world are not evidence of love, but of infidelity.”