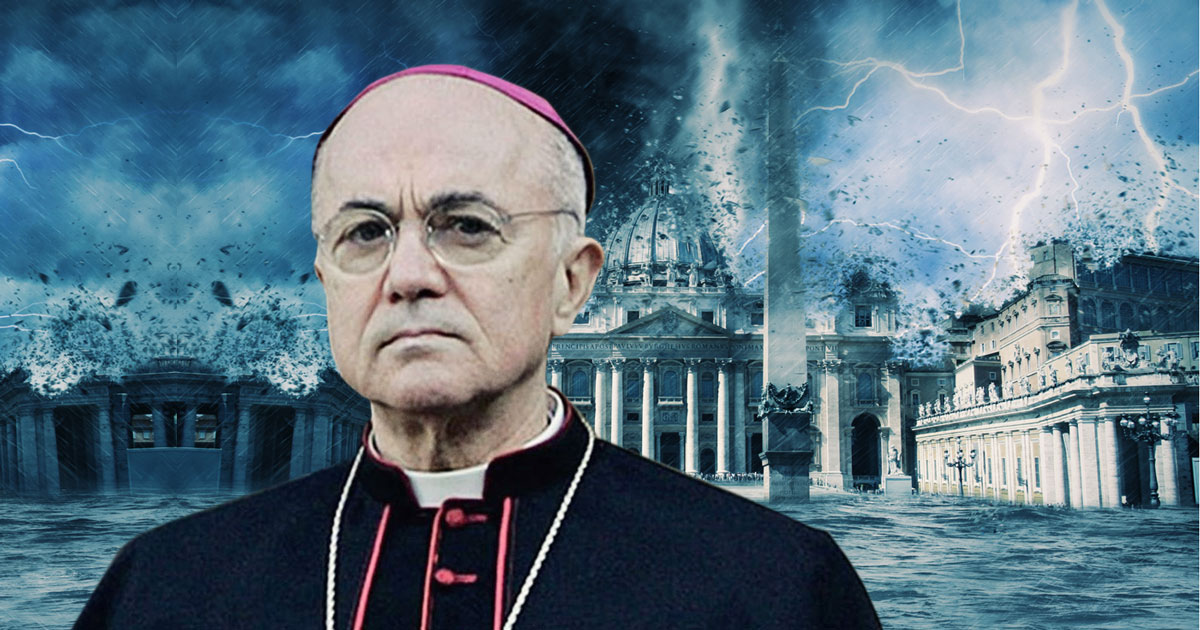 1. Many Catholics today believe that Holy Mother Church is suffering the worst crisis in history, surpassing even that of the Arian Heresy. Do you believe this to be the case?

I cannot say whether this crisis is the worst that the Church will have to face between now and the end of time. Certainly, it is the worst to date, both for the devastating proportion of the apostasy and for the narcotization of the lower clergy and the faithful towards the Hierarchy. On other occasions, the persecution was more ferocious, but it found resistance in the Bishops and opposition in the Catholics, who could look to the See of Peter as a beacon of Truth and an obstacle to the establishment of the kingdom of the Antichrist. Today the katèchon has passed away, at least temporarily, and the Apostolic See is occupied by a declared enemy of the Church of Christ.

Never in History have we witnessed a systematic betrayal of the Faith, Morals, Liturgy and ecclesiastical discipline, favored and even promoted by the supreme Authority of the Church itself, in the complicit silence of the Hierarchy and in the uncritical acceptance of many of the clerics and faithful. The gravity of this situation is increased by the fact that the work of dissolution of the deep church advances in sync with the subversive action of the deep state in the nations, causing the Catholic faithful to be the object of a double attack, as faithful and as citizens.

Individual bishops and the entire Hierarchy of recent decades will have to answer before God and History for their complicity in this crisis.

These two now indisputable realities have in common Satan’s unquenchable hatred of Christ, of His Church, of His Holy Law, of Christian Civilization. This deception is so obvious that it can no longer be labeled a “conspiracy theory.”

If we think about it, it is disturbing that the protagonists of this criminal plan – both in governments and in the Church – come from that radical chic environment in which conciliar “Catholic” progressivism, pacifism, ecologism, homosexuality and the whole repertoire of the woke Left was born and grew since the sixties. As I have already said, the individual bishops and the entire Hierarchy of recent decades will have to answer before God and History for their complicity in this crisis, indeed for having been in some ways inspirers and supporters of it, abdicating the role of the Church of Domina gentium.

2. What was it that convinced you to join the traditional Catholic counterrevolution?

What son would watch impassively the humiliation of his mother, letting his servants expose her to infamy and vituperation, strip her of the triple crown and royal garments, steal her jewels and sell her goods, force her to live with thieves and prostitutes, even take away her royal title and abandon her to degradation? And what citizen of a glorious nation would let it be destroyed by traitorous rulers and corrupt officials, without taking up arms to rise up and returning to it the honor that has been taken from it?