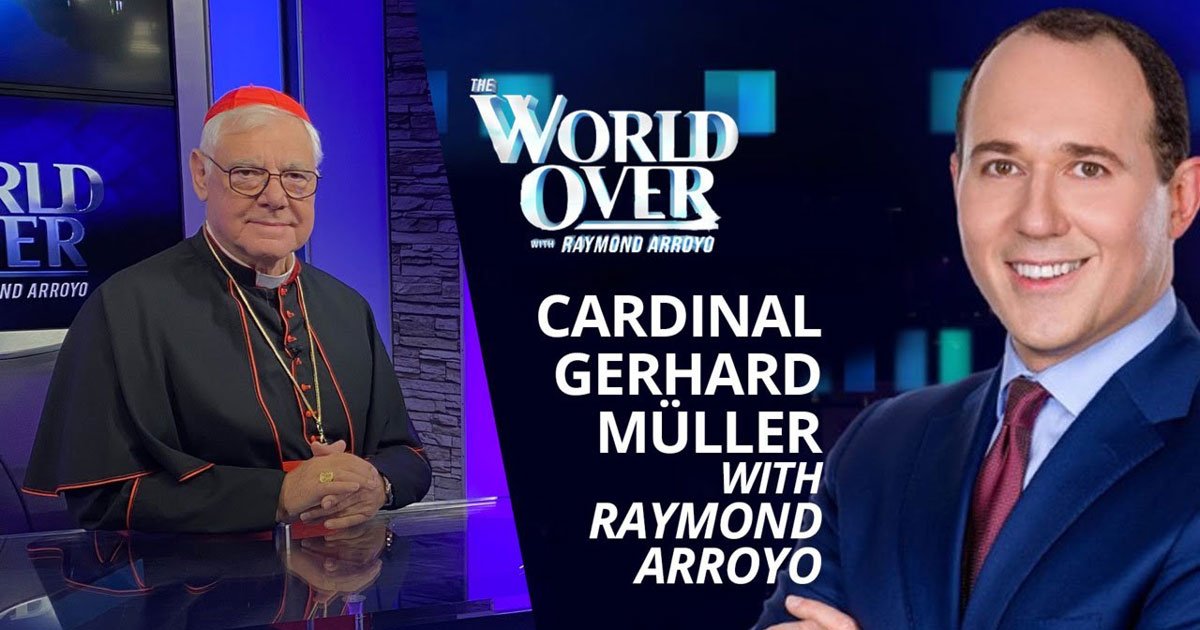 On October 6, 2022, Raymond Arroyo interviewed Cardinal Gerhard Müller regarding the synodal process that has been taking place within the Catholic Church over the past two years.

Arroryo asks, “As someone who has dedicated his life to protecting this Doctrine and extending it – you were head of the Vatican’s Congregation for the Doctrine of Faith – what must you think as you watch a system being created where all of that doctrine seems to be up for grabs, where anyone can, by a popular vote, can toss out or pull in doctrines of the moment because that is given more weight than the time-tested eternal doctrines that the Church has embraced and championed since the time of Christ?”

Cardinal Müller responds, “The basis of the church is the word of God, is a revelation, and not our strange reflections about this and these things. This is a system of self-revelation and is the occupation of the Catholic Church, a hostile takeover of the Church of Jesus Christ…”

Arroryo and Müller go on to discuss many concerning aspects of the synodal process.

Arroyo then conducts a follow-up discussion with Robert Royal regarding his interview with Cardinal Müller.