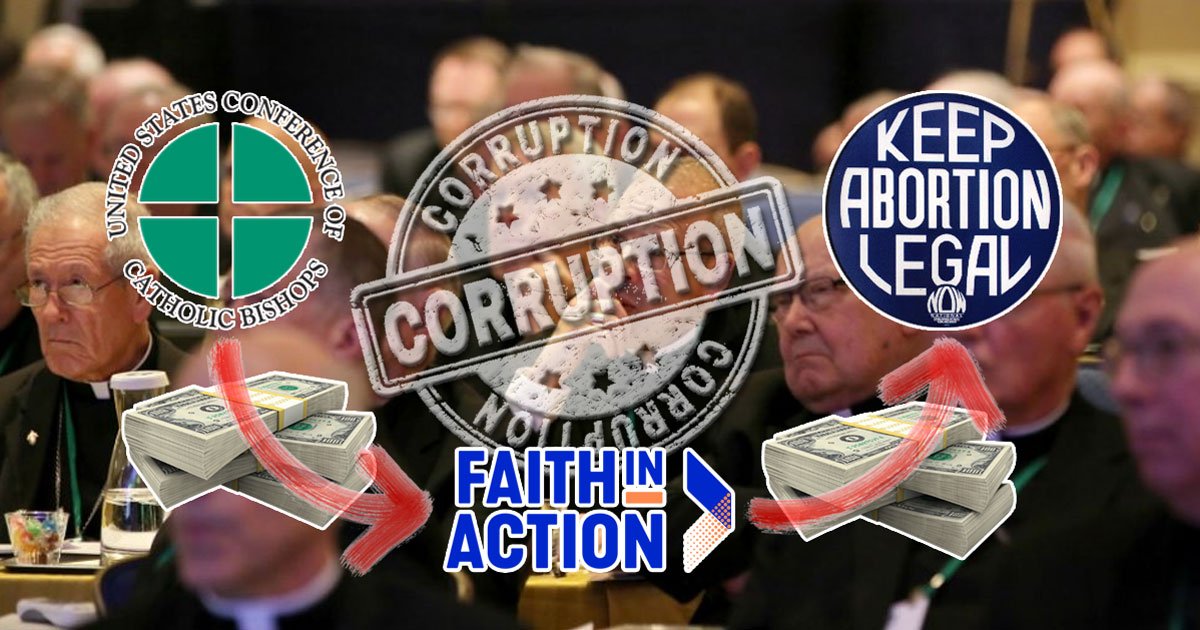 The Catholic Campaign for Human Development (CCHD), which is the official anti-poverty program of the United States Conference of Catholic Bishops (USCCB), has given millions of dollars over the years to organizations that promote abortion, contraception, homosexuality and Marxism. And each time the CCHD is caught handing funds to an organization acting in direct contravention of the Church’s moral and social mission, the CCHD either ignores or lies about what was discovered.

This report will show that one of the CCHD’s most favored networks not only has a history of promoting grave immorality but is currently working to enshrine access to abortion as a “woman’s right.” The organization in question is called Faith in Action (FIA). Formerly called the PICO Network, FIA has 29 affiliate members, many of which collectively receive hundreds of thousands of dollars a year. In 2016, while it was still called the PICO Network, the CCHD granted the network $500,000. Not only is FIA one of the CCHD’s most favored networks, but the CCHD has publicly praised the network on several occasions. And even after being presented with detailed facts regarding FIA’s gravely immoral activities, CCHD produced an internal memo vigorously defending Faith in Action.

The disaster at CCHD has been happening for YEARS. Here’s an article from 1996 citing some of the problems at that time. It’s clear the bishops have no interest in cleaning-up the mess at CCHD.

The CCHD campaign solicitation normally happens the weekend prior to Thanksgiving each year. We encourage you to think twice before giving money to CCHD. We also recommend you share this information with your pastor and encourage him NOT to take-up the CCHD collection at your parish.