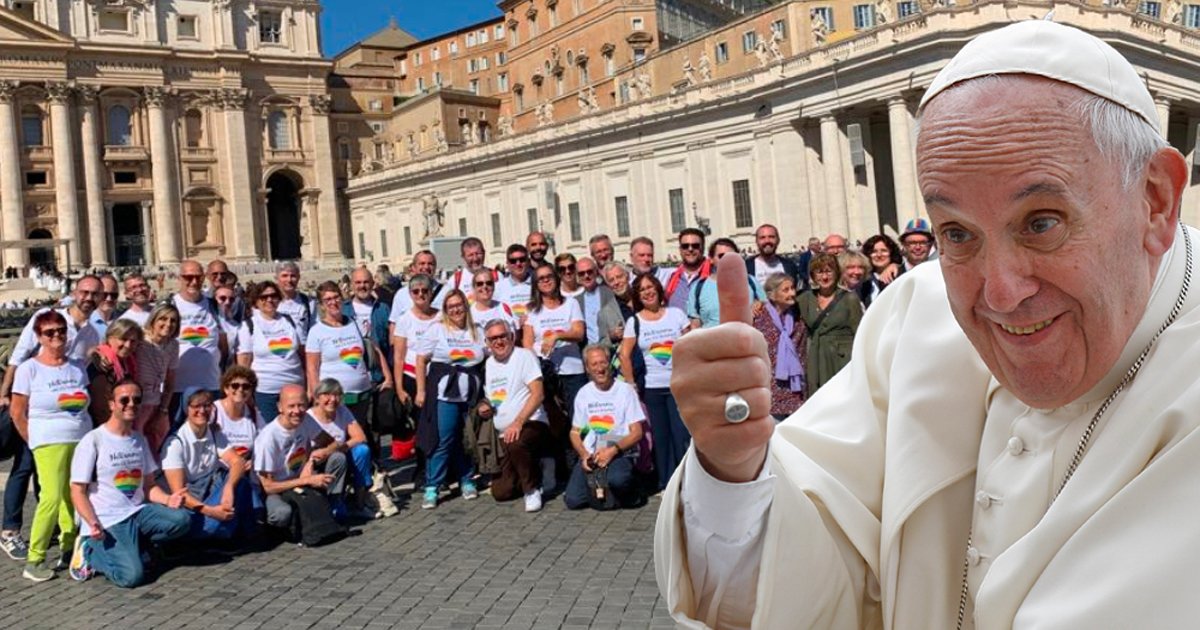 Pope Francis met Wednesday with a large LGBT group at the end of his general audience, with both parties agreeing in their efforts to build a “hospital Church that excludes no one.”

Around 110 members of the dissident Italian LGBT group “La Tenda di Gionata” (Jonathan’s tent) met with Pope Francis September 21, at the conclusion of his weekly general audience. The group consisted of “LGBT + Christians, their parents and the pastoral workers who accompany them (priests, nuns and consecrated persons),” according to the group.

L’Avvenire, the daily newspaper of the Italian Catholic Bishops Conference, reported that the 110-member group was wearing t-shirts adorned with “rainbow hearts” and the message “in love there is no fear” – a version of the words of St. John’s epistle: “Fear is not in charity: but perfect charity casteth out fear, because fear hath pain.” (1 Jn 4:18)

One woman, Francesca, a lesbian, attended the meeting with her “partner” and handed Pope Francis a number of letters from parents of “LGBT children.”