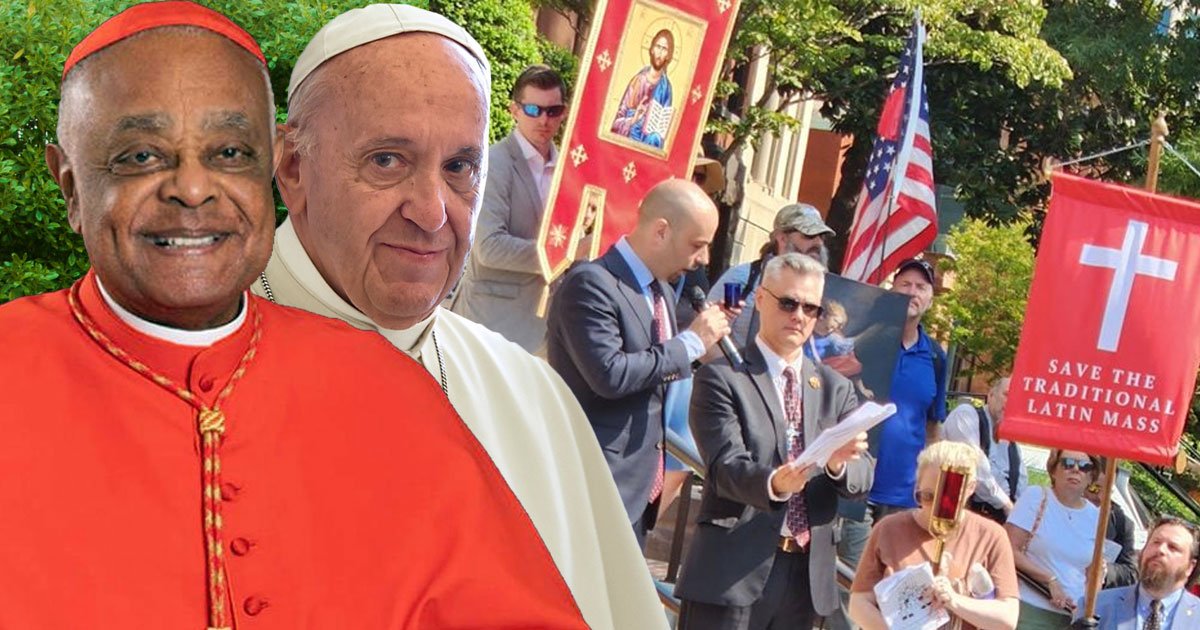 Pope Francis is trying to restrict the Roman Catholic Church’s traditional Latin Mass worldwide, and Cardinal Wilton Gregory of Washington, D.C., has ordered that its celebration be banned except in three locations.

But this didn’t stop several hundred Catholics from marching Saturday in support of the Mass Catholics celebrated regularly for more than 500 years until the early 1970s.

Billed as the “The National Summorum Pontificum [Pope Benedict XVI’s 2007 apostolic letter addressing the celebration of the Latin Mass] Pilgrimage for the Restoration of the Latin Mass,” the march began at the Cathedral of St. Thomas More in Arlington, Virginia, and concluded five miles away at the Cathedral of St. Matthew the Apostle in Washington, D.C.

From as far away as Kansas City, Missouri; Chicago; and upstate New York, sometimes with small children in strollers, traditionalists came to the nation’s capital for the pilgrimage. Most were Catholics too young to have experienced the dramatic changes in the Mass that followed the Second Vatican Council in the 1960s. Several who spoke to Newsmax voiced their sadness over Gregory’s crackdown on their Mass, which takes effect this month.