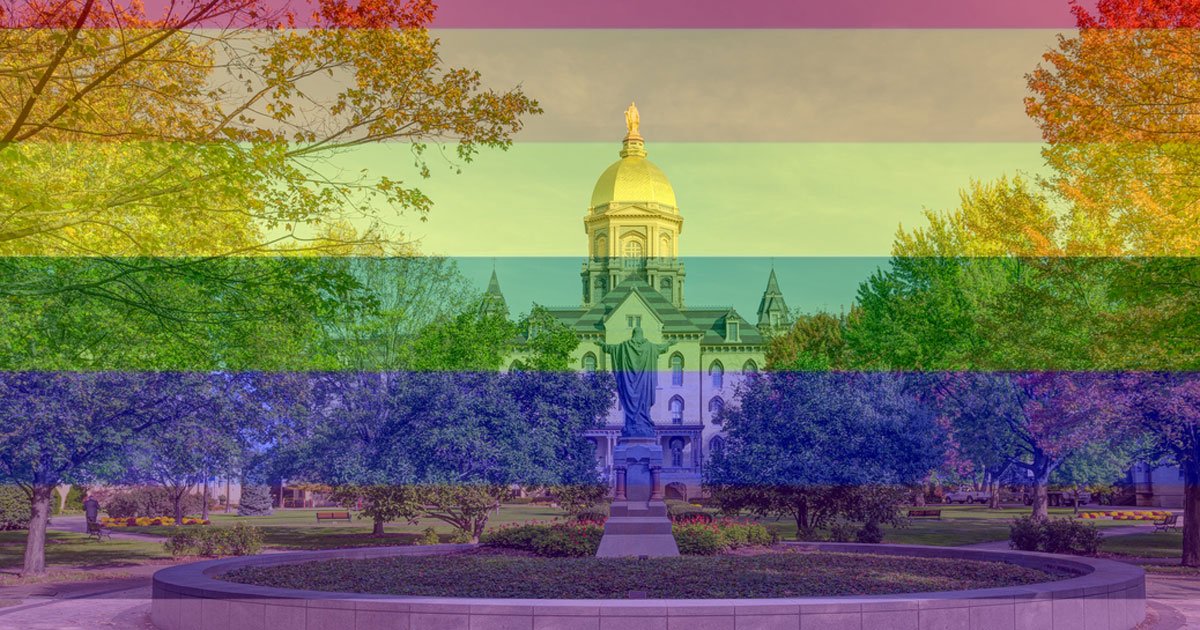 The University of Notre Dame required incoming students to engage in a video-based gender ideology training session last month before they could move into one of the university’s dormitories, all of which have their own Catholic chapel and celebrate Sunday Mass. The story was originally reported by Sycamore Trust.

A priest who is the vice president for student affairs, the Rev. Gerard Olinger, says in the introductory video that the teachings of the Catholic Church are “at the heart” of how the university approaches “differences in sexual orientation and gender identity.”

It tells students that a “transgender” person is “someone whose internal gender identity doesn’t match their biological sex.” It says that “gender identity” is “an individual’s inner sense of being male, female, or differently gendered person.”

Continue reading at The American Spectator

TAKE ACTION: The only way people can stop this madness is by boycotting schools that implement these anti-Catholic measures. A hand written note to Rev. John I. Jenkins will be most effective.