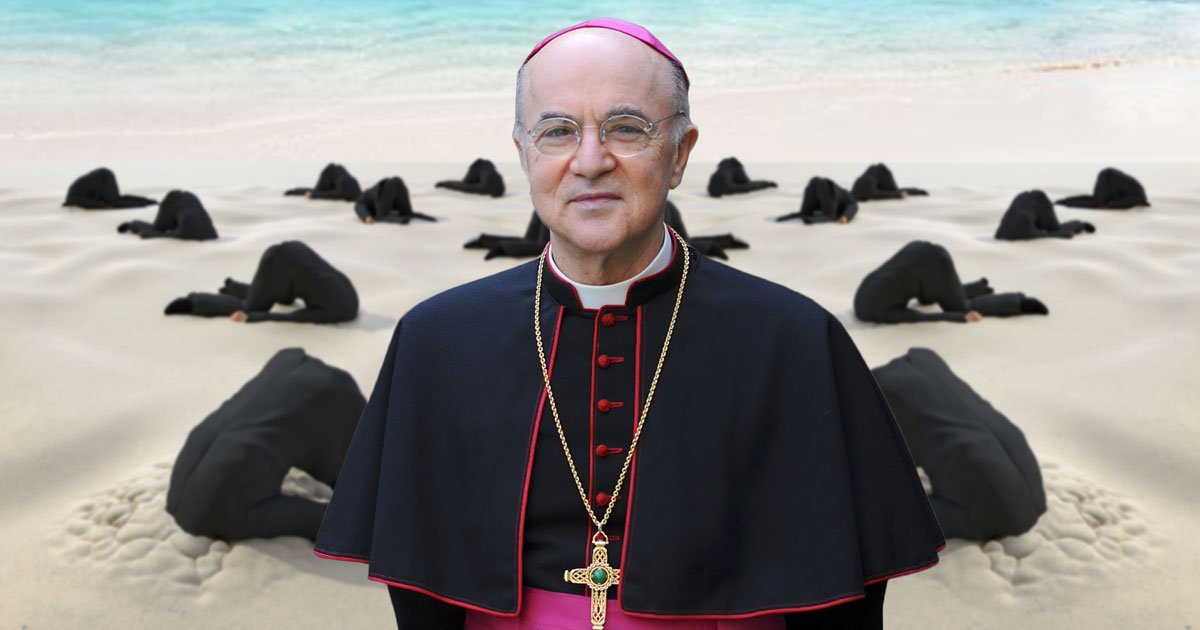 Consider that your silence takes away from the Glory of Heaven the souls entrusted to you by the Supreme Shepherd, to whom even the one who sits in Rome will one day answer.

In the glorious martyrs, Holy Church gives us examples of heroic virtues to imitate, showing us how the Grace of God assists those who love Him even to the point of facing torments and death. And while the wicked rage in vain against the bodies of the Martyrs in order to afflict their immortal souls, the Saints triumph with Christ precisely in witnessing to the primacy of Incarnate Truth over error, and of Immolated Charity over the seductions of the world. The palm of Martyrdom draws it sap from the wood of the Cross, and the crown of the Martyrs shines with the rays of the Redeeming Sacrifice of Our Lord.

Let us consider the example of the Πρόδρομος, the Forerunner, Saint John the Baptist, who preceded his Divine Master not only in announcing His Coming and the Baptism for the remission of sins, but also in facing death at the hand of the Tetrarch of Galilee, Herod Antipas, whom John admonished for the scandal that he gave to the people of Israel by keeping company in public concubinage with the wife of Herod the Great’s brother, Herodias.

These events, documented by historians, are mentioned in the Gospel along with the role played by Salomé in asking her stepfather for the Baptist’s head. Saint Ambrose comments: Ab adulteris justus occiditur, et a reis in judicem capitalis sceleris pœna convertitur. The just man is killed by adulterers, and the death sentence is pronounced by the guilty against their judge. Clauduntur lumina non tam mortis necessitate quam horrore luxuriæ: Baptist’s eyes closed not so much because of death but because of the horror of lust. Os aureum illud exsangue, cujus sententiam ferre non poteras, conticescit, et adhuc timetur: His golden mouth, now bloodless, whose sentence you Herod could not bear, grows silent, but yet you still feared it.