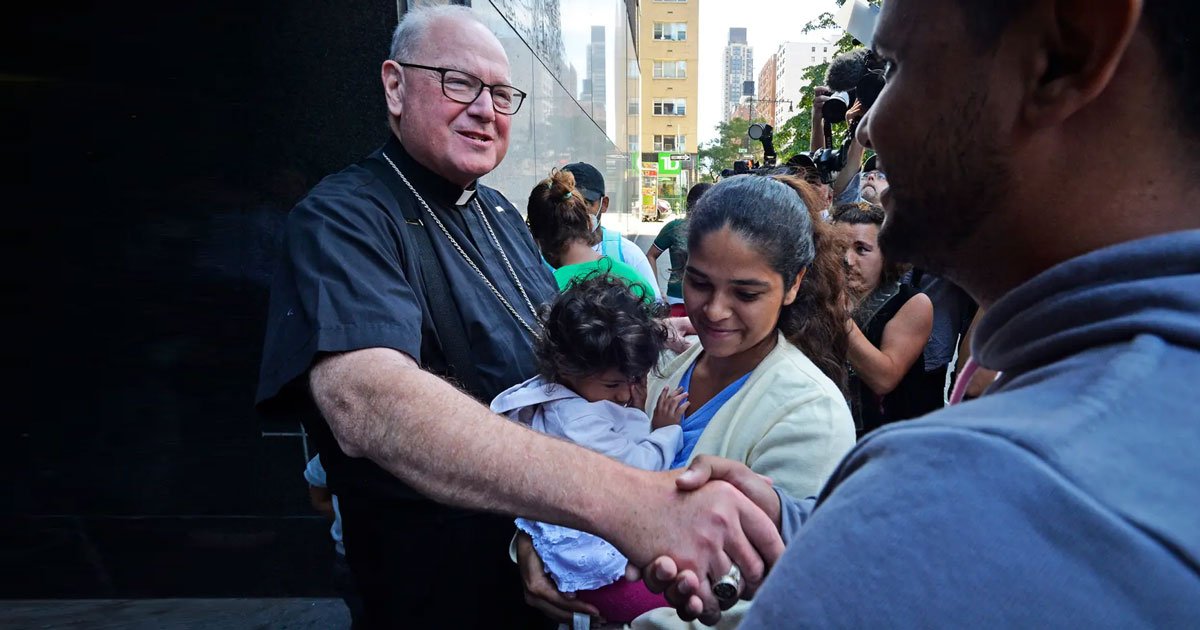 For weeks, Abbott has sent buses filled with border crossers to New York City. which has a rigorous sanctuary city policy that shields and protects illegal aliens from arrest and deportation by the Immigration and Customs Enforcement (ICE) agency.

Mayor Eric Adams (D), a supporter of the city’s sanctuary policy, has called on New Yorkers to get “on board” with waves of illegal immigration sent to New York City while also calling the migrant buses “horrific” and suggesting he will retaliate against Abbott.

Dolan welcomed the migrant buses, saying the Catholic Church’s role is not “the political,” and hinted at potential scholarships to Catholic schools in the city for young border crossers arriving.

“These people just want to get settled,” Dolan said. “They want a normal life. And they’re grateful to be here and to have their children in school is a high priority.”