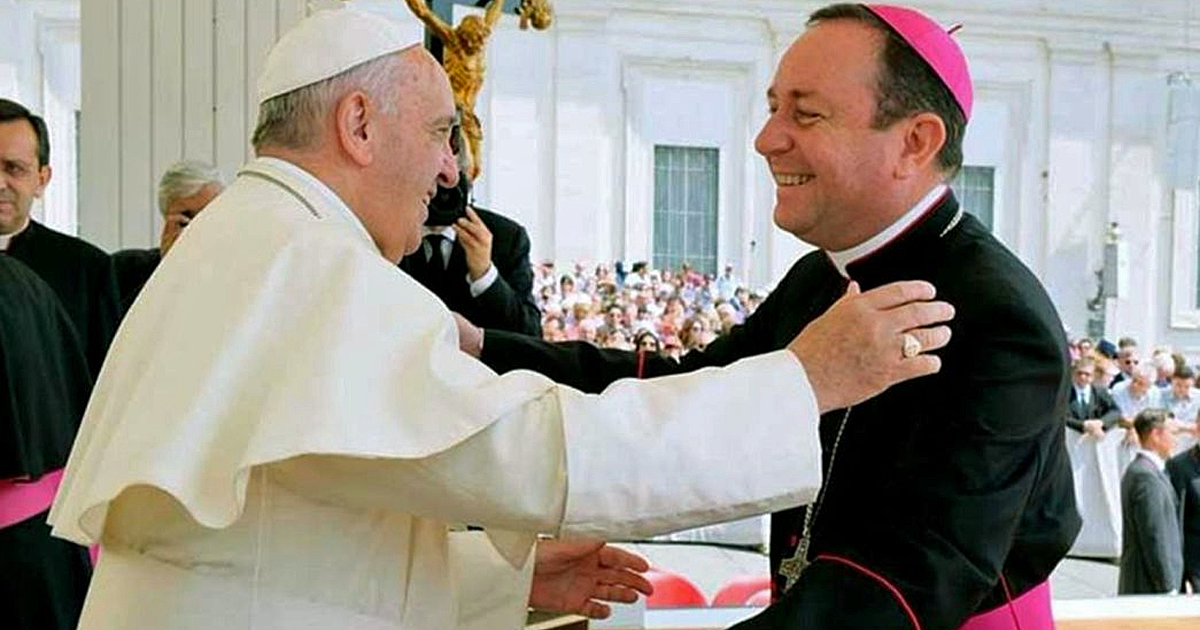 A former seminarian and victim of the Bishop Gustavo Zanchetta — who was sentenced to prison for sexual abuse in Argentina — asked the Catholic Church not to turn its back on him.

On Aug. 12, ACI Prensa, CNA’s Spanish-language sister news agency,  interviewed G.C., a 28-year-old former seminarian and victim, after the bishop was allowed to serve his sentence under house arrest in July.

The place of house arrest, according to the newspaper El Tribuno, is a house for retired priests in the Monastery of Our Lady of the Valley of Nueva Orán of the Order of the Immaculate Conception-Franciscan Conceptionist Mothers.

In March, Bishop Zanchetta was sentenced to four and a half years in prison after being found guilty of abuse.

“Simply that: Don’t turn your back on us; we didn’t deserve such treatment,” G.C. told ACI Prensa when asked about what he is asking of the Catholic Church.

“Faced with such a situation, God willing, there will be no other cases, but if it does happen, let [the Church] not turn its back, as it did to us, because we didn’t deserve that treatment, first from a person who is a persona non grata to the Church, a person who harmed the faithful, the People of God,” the victim said.

“And, second, if psychological therapy is offered so much in the seminaries, well, I think that the Church didn’t see many things, in that respect. Many things were known about Zanchetta when he was ordained a bishop, and I think it was a mistake, to not use another [worse] word,” G.C. said.

Regarding the house arrest, the victim said he was not surprised by the decision by the judges after the request “to be able to have a comfortable prison available to him, according to his status. He always stressed the power that he has, and that’s why he is where he is and not in a prison.”