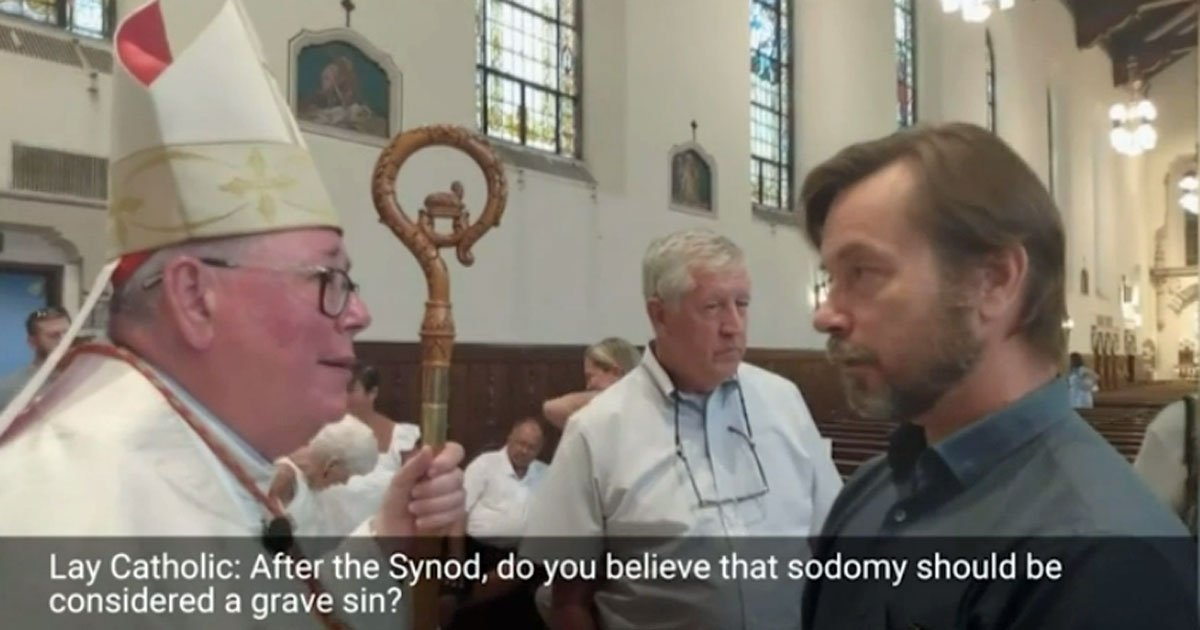 The openly pro-homosexual head of the European bishops’ commission has again cast doubt on the perennial Catholic doctrine on homosexuality and appeared to suggest that he thinks the Catholic Church can change its teaching through the worldwide “Synod on Synodality,” and claimed that he knows that he is “in full agreement with Pope Francis” on the issue.

In a 90-second exchange captured on video Sunday at Holy Child Jesus parish in Chicago, Illinois, Jesuit Cardinal Jean-Claude Hollerich, who plays an important role in Pope Francis’ Synod on Synodality as the Relator General, said that “we have to give an interpretation to the Bible teaching” when asked for his thoughts regarding a possible change in the Catholic doctrine on sexual ethics.