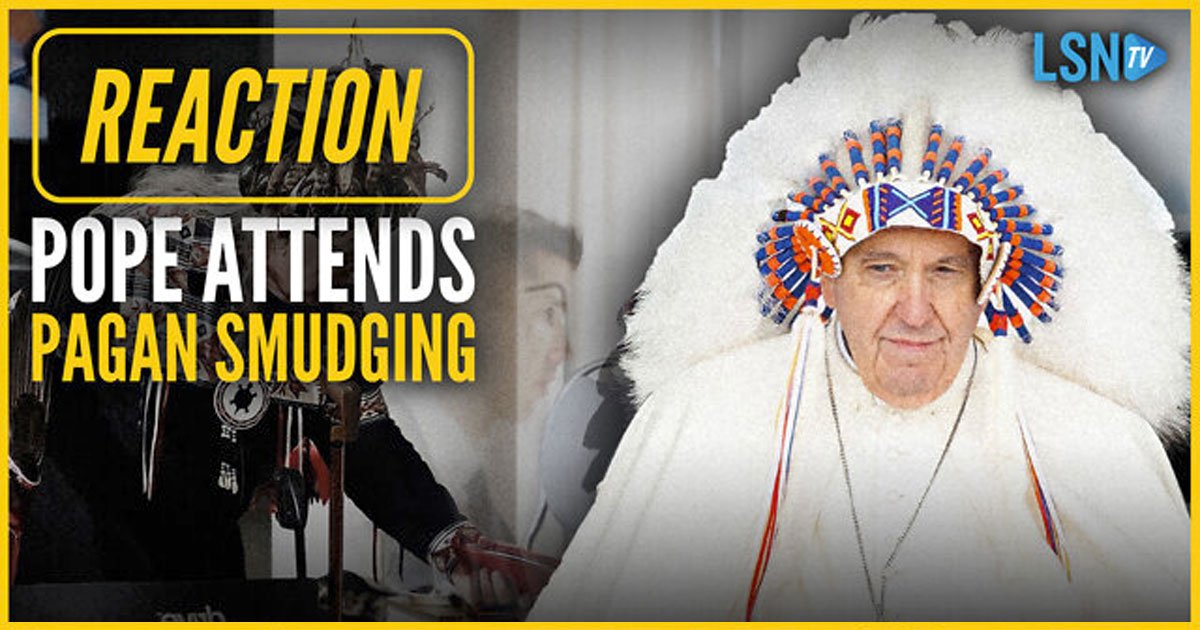 On the fourth day of his Apostolic “pilgrimage” to Canada, Pope Francis joined a pagan “smudging” ritual during his visit to Quebec, partaking in the indigenous practice before delivering a lengthy speech in which he expressed “deep shame and sorrow” for the part played by Catholic Church members in government-funded residential school abuses.

The Pope arrived in Quebec Wednesday afternoon, traveling first to the Archbishopric before transferring to the Citadelle de Quebec, the official home of Governor General Mary Simon, where a welcoming ceremony took place.

After brief introductions, Pope Francis, along with civil dignitaries, was greeted into the reception hall as an indigenous man chanted while beating a drum. According to the emcee, a “traditional Inuit lamp was lit.”