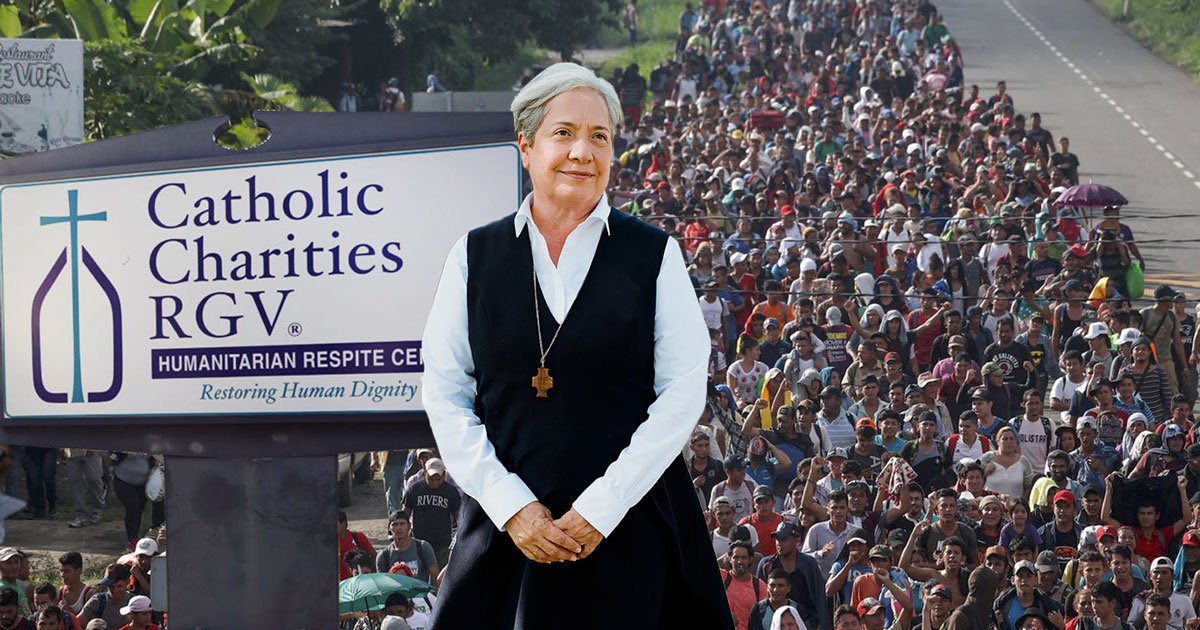 It’s money laundering. Democratic politicians want to maximize illegal immigration, but they don’t want their fingerprints on it. The remedy: pay so-called charities that will do the work for them. Who’s in on this scam? President Joe Biden, and politicians across the country including New York Gov. Kathy Hochul, Washington, D.C., Mayor Muriel Bowser, and New York City Mayor Eric Adams.

Even before crossing the border, migrants still in Mexico are being handed payment cards loaded with $400 a month to enable them to pay for necessities. The cards are distributed by the nonprofit International Organization for Migration, thanks to money provided by the State Department.

After crossing and surrendering to U.S. Border Patrol agents, many migrants are directed to Catholic Charities, which provides them with hotel rooms, meals and clothing, and sometimes pays for their bus or plane tickets to their chosen destinations. Sister Norma Pimentel, executive director of Catholic Charities of the Rio Grande Valley, explains that the mission is merely to “give a cup of water in Jesus’ name.”

Who can argue with that? Except that the money isn’t coming from the Sunday collection basket. Sister Pimentel admits her organization is reimbursed by the federal government. It’s coming from taxpayers, who have no clue they’re supporting illegal immigration.