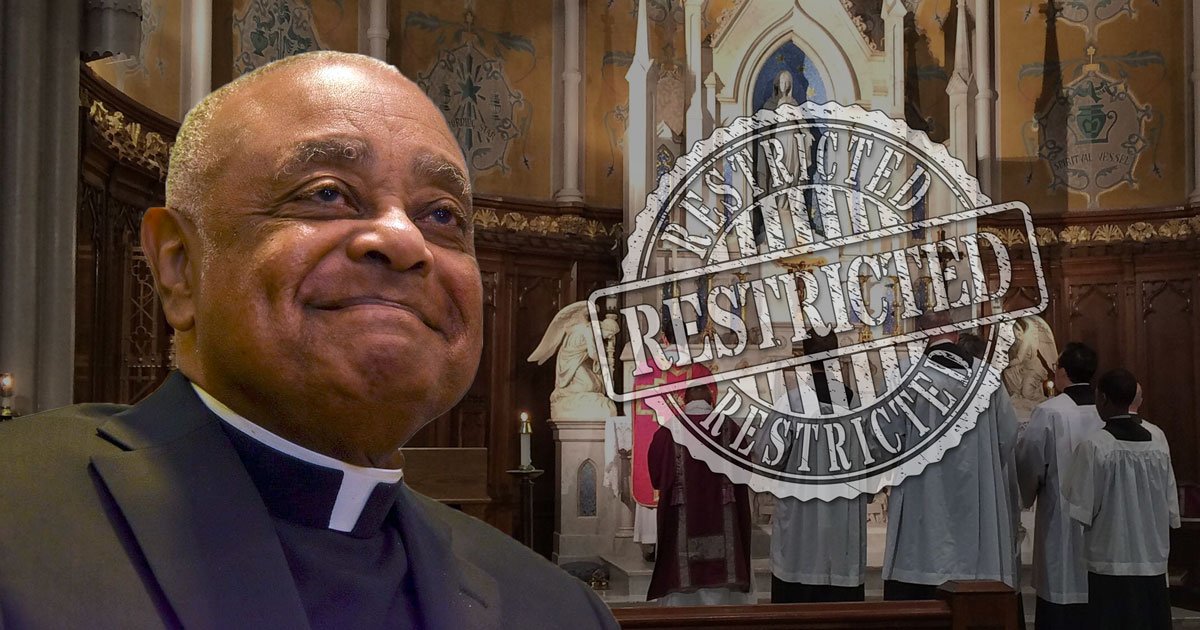 The Archdiocese of Washington will publish Friday its implementation plan for Traditionis custodes, a set of 2021 papal restrictions on the use of liturgical books that precede the Second Vatican Council.

The plan will restrict use of the preconciliar liturgy texts at Sunday Mass to three locations in the archdiocese and call for “pastoral outreach” toward Catholics with an attachment to the older form of the liturgy, often called the “Extraordinary Form” or the “usus antiquior.”

“In the time I have served as Archbishop of Washington, I have discovered that the majority of the faithful who participate in these liturgical celebrations in the Archdiocese of Washington are sincere, faith-filled, and well-meaning. Likewise, the majority of priests who celebrate these liturgies are doing their very best to respond pastorally to the needs of the faithful,” Cardinal Wilton Gregory wrote in a letter to priests, set to be issued July 22.

“It is clear that the Holy Father’s sincere intention is to bring about greater unity in the Church through the celebration of the Mass and sacraments according to the 1970 Roman Missal of Pope Paul VI, which was the fruit of the renewal in the liturgy that the Second Vatican Council called for,” Gregory added to his letter – a copy of which was obtained by The Pillar from sources inside the archdiocesan chancery.

“As my predecessors in the Archdiocese of Washington have followed the intentions of the Holy Father in regards to the celebration of the Mass according to the 1962 Roman Missal, I, too, desire to follow the path most recently traced out for us by Pope Francis,” the cardinal wrote.

Gregory’s letter accompanies a seven-page policy which outlines restrictions on the celebration of the Extraordinary Form in the Washington archdiocese.