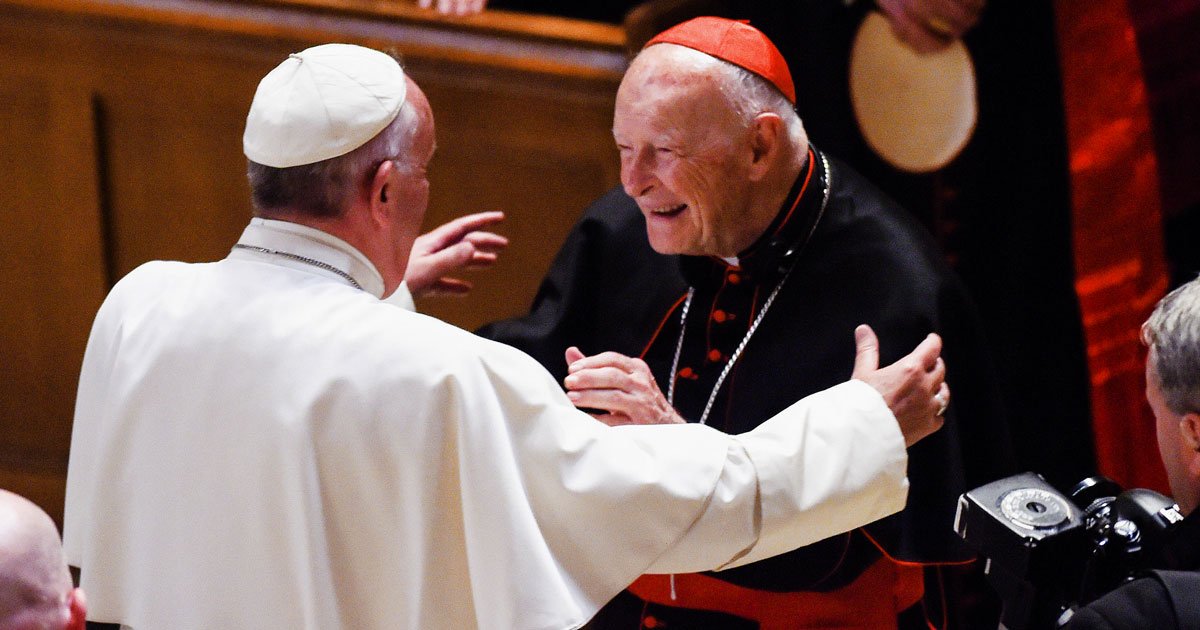 In the aftermath of The New York Times’ watershed article on the McCarrick scandal, published June 20, 2018, Rome summarily wrote off all ties to the now-disgraced McCarrick. And four years have painfully progressed, with the Holy See offering mere lip service to McCarrick’s victims.

In February 2019, the Vatican issued a statement laicizing McCarrick. In the decree, the pederast was cited for two crimes to justify his demotion from the clerical state: (1) soliciting sex while hearing a confession and (2) the commission of sins with minors and adults. McCarrick’s sundry victims from his many decades of predation, in the aftermath of this ruling of the Holy See, were left scratching their heads. Is this all? No time to be served behind bars? No finishing off his last days in a locked monastery cell somewhere? No house arrest? No monetary damages to be paid?

For McCarrick’s victims, Rome’s feather-light punishment was a disgrace. To exacerbate an already bad situation, the Vatican’s McCarrick report, issued after an interminable waiting period in the fall of 2020, laid the blame for McCarrick’s predation not on McCarrick himself, but upon those dead or otherwise unable to defend themselves (like St. John Paul II and Abp. Carlo Maria Viganò).

Four years later, McCarrick’s victims are still scratching their heads. Rome essentially gave McCarrick a cushy retirement by reducing him to the lay state. But where is there justice in this? No punishment whatsoever other than the relinquishment of his red hat and priestly responsibilities is ludicrous!