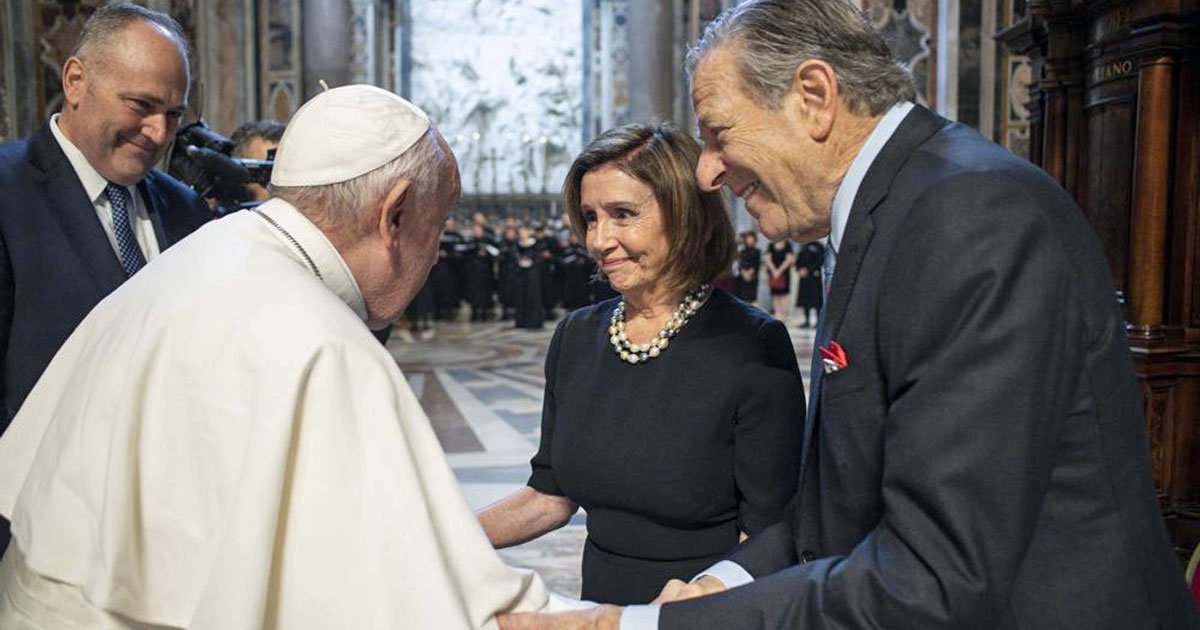 U.S. House Speaker Nancy Pelosi met with Pope Francis on Wednesday and received Communion during a papal Mass in St. Peter’s Basilica, witnesses said, despite her position in support of abortion rights.

Pelosi attended the morning Mass marking the feasts of St. Peter and St. Paul, during which Francis bestowed the woolen pallium stole on newly consecrated archbishops. She was seated in a VIP diplomatic section of the basilica and received Communion along with the rest of the congregants, according to two people who witnessed the moment.

Pelosi has done neither. She called the recent Supreme Court ruling removing constitutional protections for abortion an “outrageous and heart-wrenching” decision that fulfils the Republican Party’s “dark and extreme goal of ripping away women’s right to make their own reproductive health decisions.”