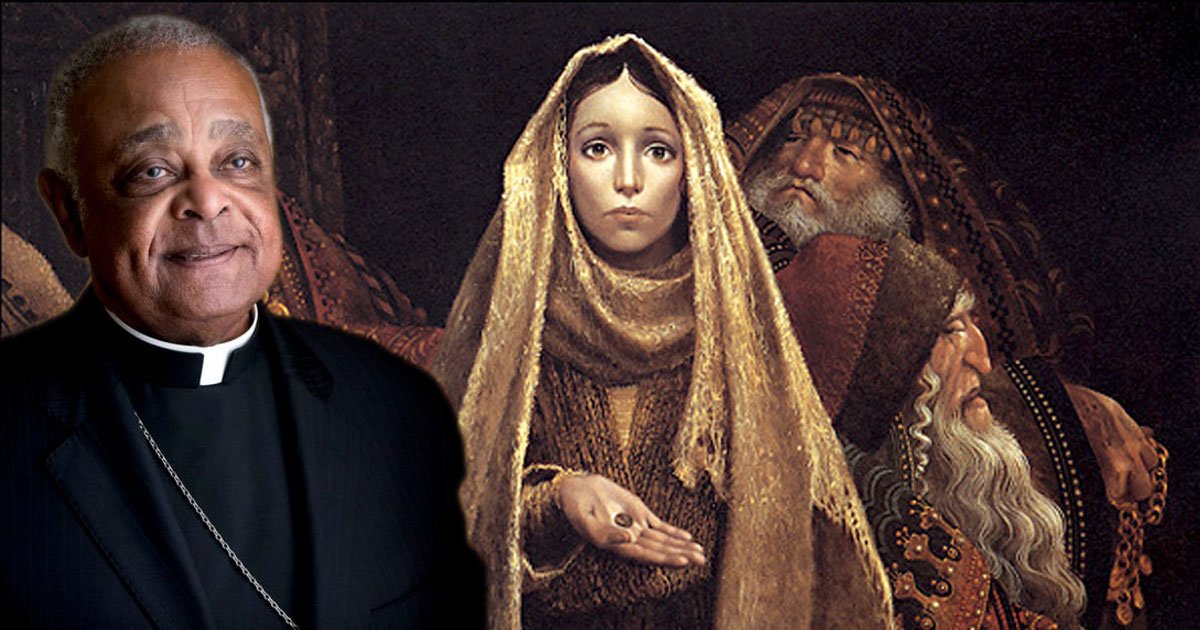 Over at The Lamp, an anonymous writer—a layman in the Archdiocese of Washington—has written movingly about the possibility that Cardinal Wilton Gregory will abolish the Extraordinary Form in his diocese. A group of Latin Mass-goers gathered outside Cardinal Gregory’s “Synodal Listening Session.” According to The Lamp,

Among others who intervened was the mother of seven small children whose husband had died that very week. She pleaded powerfully with the cardinal before the whole assembly: “I just buried my husband two days ago, please don’t make me lose my parish.”

That seems pretty straightforward, no? Well, apparently not. One Catholic pundit—a well-known critic of the traditionalist movement, who need not be named—corroborates The Lamp’s story, but says of our widow:

The impression she thereby gave was that her reasons for wanting the traditional Latin Mass at her parish weren’t merely due to her fondness for that liturgy or her desire to attend it as part of a parish community. Rather, she seemed to be saying that she believed that the sacraments themselves, when celebrated in the traditional Latin rite, were objectively superior to those celebrated (however reverently) in the present liturgical books.

I’m sure you can spot why that’s a bad-faith reading. If not, let’s try a thought experiment.