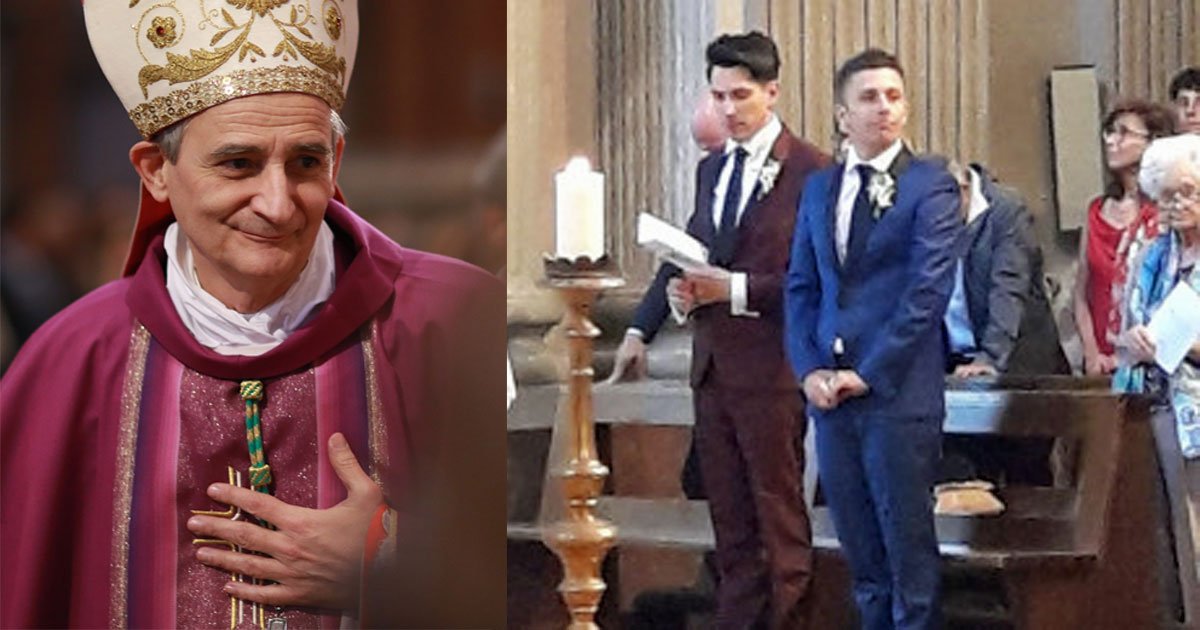 The diocese of Archbishop Matteo Maria Zuppi, one of the most prominent Italian cardinals of the moment and newly appointed president of the Italian Episcopal Conference (CEI), has staged the first public blessing of a homosexual union.

Pietro Morotti and Giacomo Spagnoli were united civilly on 11 June in the municipality of Budrio in the province of Bologna. After the classic souvenir photo and throwing of rice, the doors of the church of San Lorenzo, which is just across the square from the registry office, were opened wide for them.

Inside the church, a large group of priests were waiting for them ready to celebrate Mass. The main celebrant, Father Gabriele Davalli, who knows the two and follows them in the group in cammino (‘on the way’) for so-called LGBT Catholics, among his various tasks in the diocese of Bologna, he is responsible for family pastoral care. So evidently there is no problem about taking care of the natural family as the Church promotes and supports it, as well as so-called rainbow families.

Once in the church, a second ceremony, a mass, began for Pietro and Giacomo, their parents, relatives, and friends, after the ‘yes’ that had just been pronounced in front of the official audience. A Mass in which the two – declared homosexuals – were also celebrated by the Church. There was all the typical paraphernalia of weddings: the flowers, the formal suits, the songs, the photographer and the two ‘newlyweds’, protagonists of the celebration, in the front row.