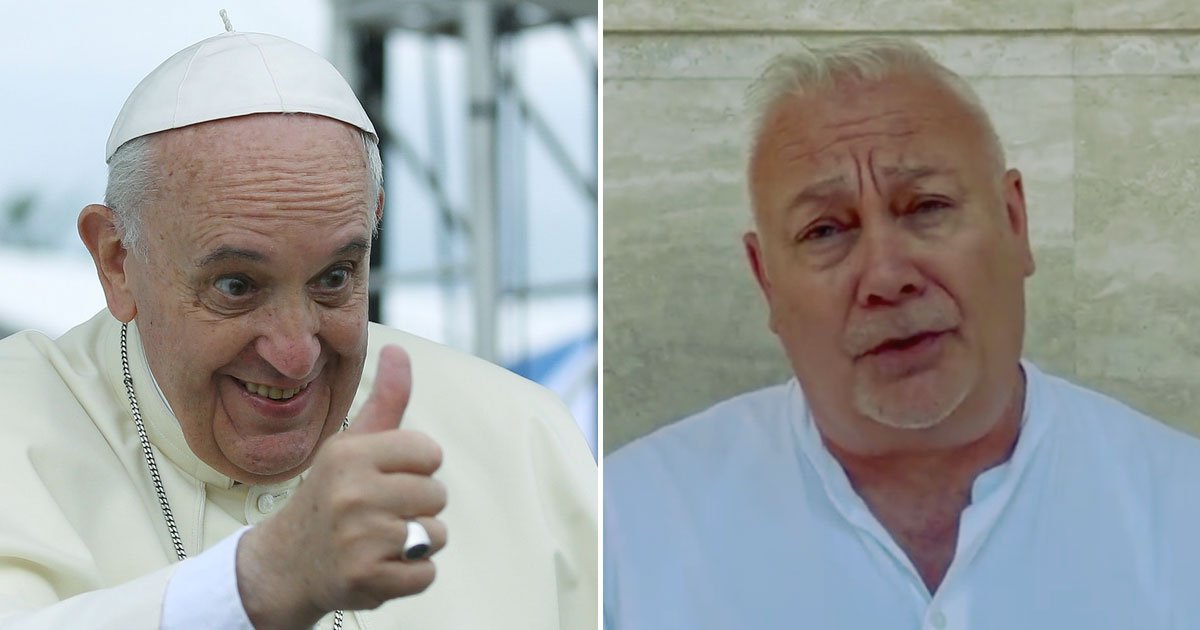 In a private meeting held in the Vatican’s Apostolic Palace June 13, Pope Francis met with a group of sex abuse victims from Ireland and the U.K. The group of eight men attended a junior seminary, St. Peter Claver College in West Yorkshire, during the 1960s and 1970s, which was run by the Comboni Order, and claim they were abused by members of the order while at the college.

As reported by The Tablet, one of the men, Chris Speight, gave Pope Francis a letter detailing his life story “explaining that he is a divorced gay man who was previously married to a woman.”

Speight added in a video after the meeting that he had been told by priests not to receive Holy Communion due to being divorced and a homosexual man, and as a result did not go to church for 26 years, according to The Tablet.

However, Pope Francis reportedly told Speight at the end of their meeting to “take Communion,” words which Speight said were “powerful.”