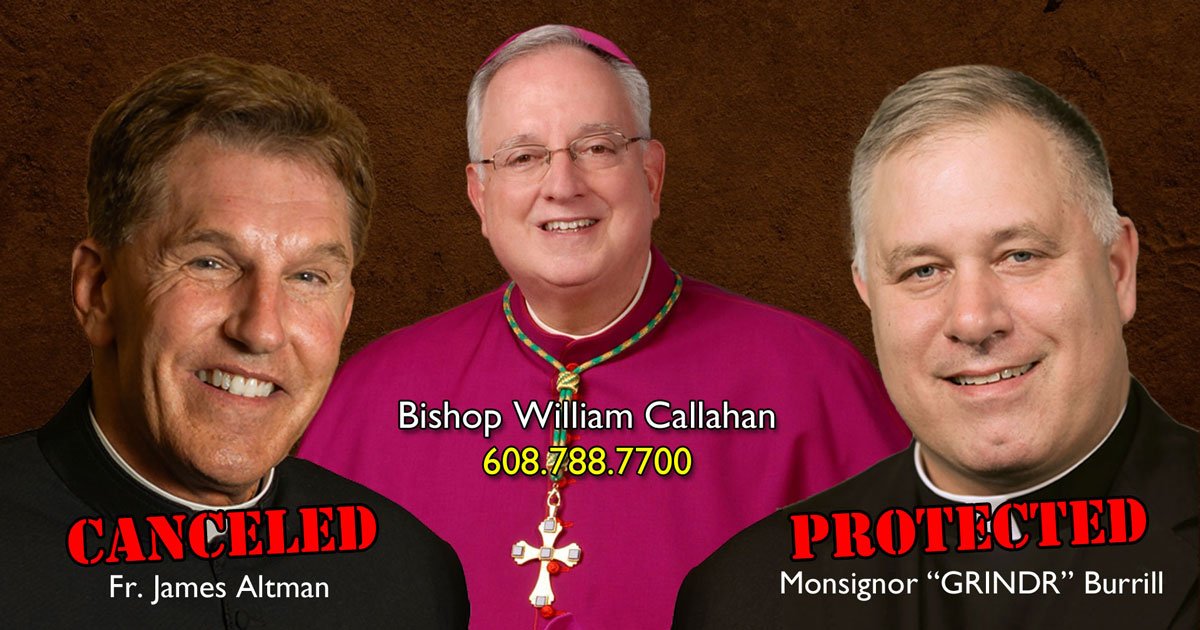 Last July, Monsignor Jeffrey Burrill, General Secretary of the United States Conference of Catholic Bishops, the highest-ranking non-bishop Church official in the country, was forced to resign his position because he was routinely using apps like GRINDR that connect men who want to have sex with other men. Burrill, now often times referred to as ‘Monsignor GRIDR,’ is incarnated in the diocese of La Crosse under the authority of Bishop William Callahan.

Yesterday Bishop Callahan announced he has assigned Monsignor Burrill to be administrator of St. Teresa of Kolkata Parish in West Salem. 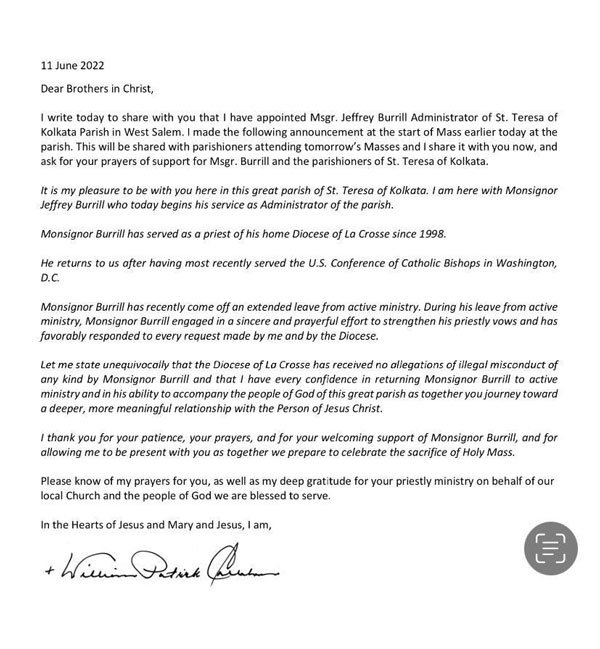 In his letter, Bishop Callahan states:

Let me state unequivocally that the Diocese of La Crosse has received no allegations of illegal misconduct of any kind by Monsignor Burrill and that I have every confidence in returning Monsignor Burrill to active ministry and in his ability to accompany the people of God of this great parish as together you journey toward a deeper, more meaningful relationship with the Person of Jesus Christ.

Got that? Callahan tries to reassure parishioners that there’s no need to worry that Monsignor Burrill was routinely cruising on homosexual hook-up apps because he apparently did nothing illegal!

Meanwhile, Fr. James Altman, also of the diocese of La Crosse, remains on the sidelines awaiting his fate simply because he had the courage to speak the truth. There can be no more clear and present example illustrating the fact that the homosexual hierarchy is still in-charge of the Catholic Church in America.

TAKE ACTION: Contact Bishop Callahan at 608-788-7700 or at dbrannon@diolc.org and let him know how you feel.