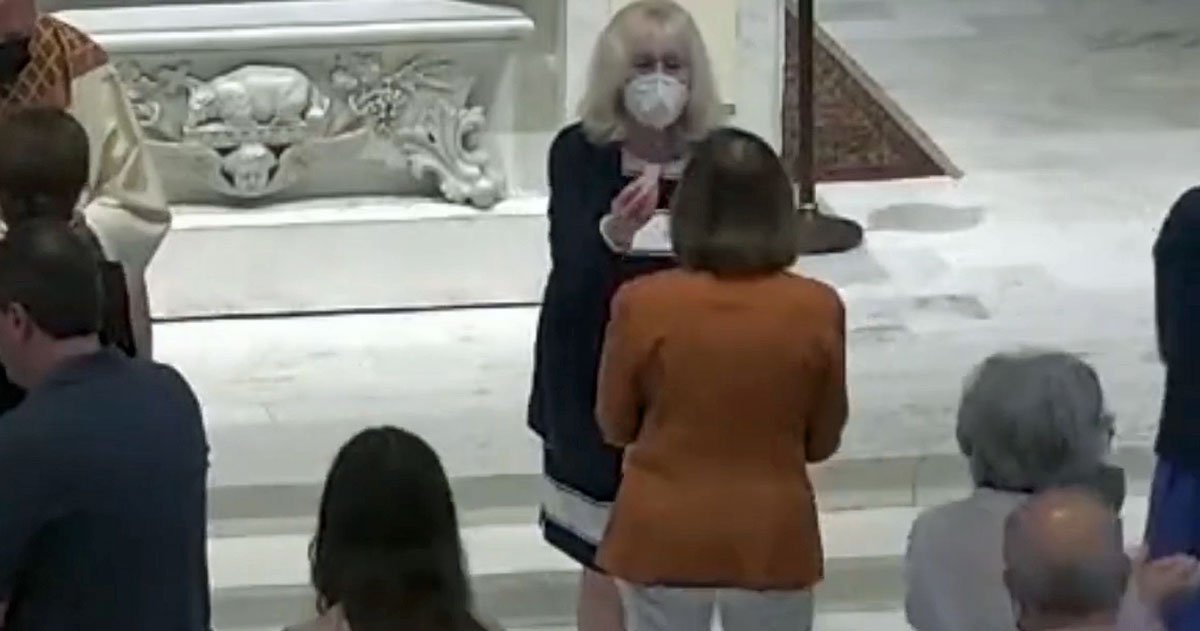 Two days after Archbishop Salvatore Cordileone of San Francisco announced he would bar her from receiving the Eucharist in her home city due to her stance on abortion rights, House Speaker Nancy Pelosi reportedly received the sacrament at a Catholic church in the nation’s capital.

According to Politico’s Playbook, Pelosi received Communion on Sunday (May 22) during Mass at Holy Trinity Catholic Church in Georgetown, a parish where President Joe Biden has also attended services. Footage from the church’s livestream of the service shows a person in an orange jacket resembling Pelosi coming forward as the Eucharist is being distributed and walking away behind other worshippers.

It’s not unusual for Pelosi, a Catholic who often discusses her faith, to attend Mass, but her decision to receive the Eucharist at Holy Trinity amounted to a rebuke of Cordileone, who is well known for his conservative and sometimes controversial views.